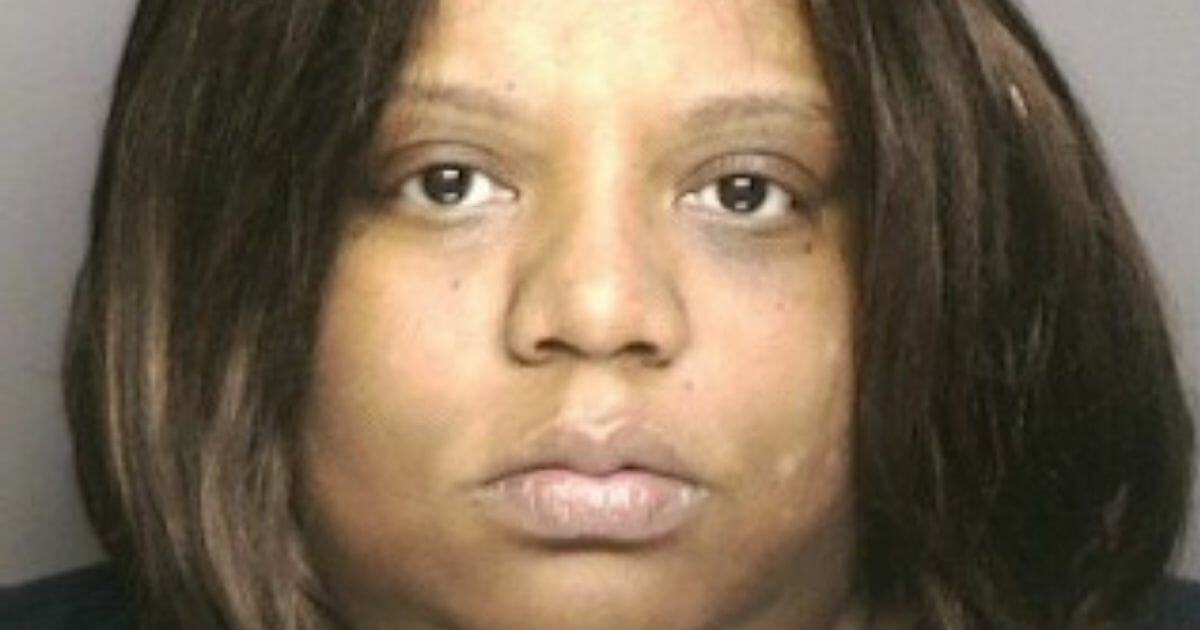 In recent weeks, inmates across the nation have been temporarily released from federal prisons due to rising concerns about the spread of the coronavirus.

Furloughed inmates are expected to follow a strict set of guidelines to keep themselves and others healthy.

However, one prisoner chose to disregard those guidelines and found herself back behind bars — only four days after she was released.

Kotarra Jackson, a reported Blood gang member, was let out for “compassionate release” on April 13 amid health issues that put her at risk of catching the virus, according to the Riverhead News-Review.

The terms of her release as ordered by Judge Joanna Seybert included testing for COVID-19. Jackson was also not allowed to venture outside of her sister’s house except for medical or legal reasons, including court dates, and  was required to wear a mask and observe proper social distancing on those occasions.

On the same day that the 37-year-old was released, members from the Suffolk County East End Drug Task Force witnessed Jackson, who has asthma, smoking a cigarette and not abiding by social distancing standards or wearing a protective mask.

The very next day, Jackson was seen leaving her home with an unidentified male to make a trip to the liquor store. While they were out, the two were involved in a car accident in a deli parking lot.

When police arrived on the scene, she refused to give them her identification.

“At no point during these interactions was Jackson wearing personal protective equipment (“PPE”), a mask or practicing social distancing,” U.S. Attorney Richard Donoghue wrote in a letter to Judge Joanna Seybert two days after her release, according to the Riverhead News-Review. “[Ms. Jackson] has clearly demonstrated that she cannot be trusted to follow social distancing practices.”

In addition to Jackson’s defiance of protocol, Donoghue also wrote that even though the convict previously expressed concerns for her health surrounding her struggles with obesity, asthma, diabetes, high blood pressure and sleep apnea, it was all just a scheme for a temporary release.

“Setting aside the blatant, nonchalant violations of the terms of her home detention, Jackson has demonstrated clearly, and repeatedly, that her ‘concerns’ about her health and her ‘fears’ of contracting COVID-19 were nothing more than convenient lies to the Court in an effort to secure her release,” the attorney added.

After Donoghue’s letter was received, Jackson’s temporary release was revoked on April 16 and she surrendered on April 17.

Jackson’s round trip came during a time of heightened tensions and concerns among law-abiding citizens over the release of some prison inmates.

For instance, when mobster Vincent Asaro was released, many took to Twitter to voice their displeasure.

The epidemic controls the laws .. it’s really unfortunate .. i think there are isolated rooms even in prisons .. there is no excuse

People also seemed to be pretty heated after Cuyahoga County Jail in Ohio agreed to release 300 prisoners in mid-March amid growing coronavirus concerns, even though there were no confirmed cases.

smdh…wow! Now THAT makes me feel all warm, snuggly, and cozy inside knowing that MORE criminals are out on the streets!

“Like people don’t have enough to worry about…..” another person tweeted.

Jackson, who was arrested in November 2018 after a drug raid in Riverhead, is currently back to awaiting trial at the Metropolitan Detention Center.

We are committed to truth and accuracy in all of our journalism. Read our editorial standards.

What We Give Up When We Compliantly Lockdown

Economic Crash: No V Shape, No U Shape Recovery

Deaths Spike in New York City and Around the World

Taiwan pushes WHO participation in rare ministerial call with U.S.

Universities in Japan try to soften blow from pandemic with internet subsidies, scholarships and tuition cuts

For Better Health, Find a Cure for Government