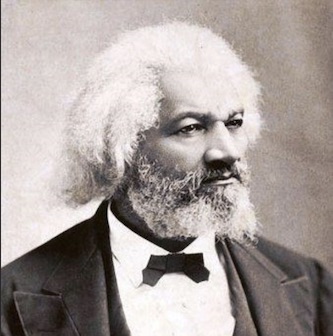 On the same weekend in which famed abolitionist Frederick Douglass 168 years ago delivered one of his most historically resonant speeches, a statue of Douglass was toppled from its base and left near the Genesee River gorge.

Located in Maplewood Park, the statue “had been placed over the fence to the gorge and was leaning against the fence” on the river side, according to a statement from Rochester police. The statue was left about 50 feet from its pedestal.

The base and lower part of the statue was damaged, as was a finger on the statue’s left hand.

Across the United States, Douglass’ July 5, 1852 speech, “What to the Slave is the Fourth of July,” has been shared widely on social media and elsewhere as a reminder of the country’s legacy of slavery and racism.

ht/ all too much

LOL: Dixie Chicks Change Their Name to ‘The Chicks’ After Politically Correct Backlash

Survival 101: How to prep for the next coronavirus lockdown

What Happens When You Add WORM EGGS to a COW DUNG Pile?

Tom Hanks: 'If you can't wear a mask, I've got no respect for you'