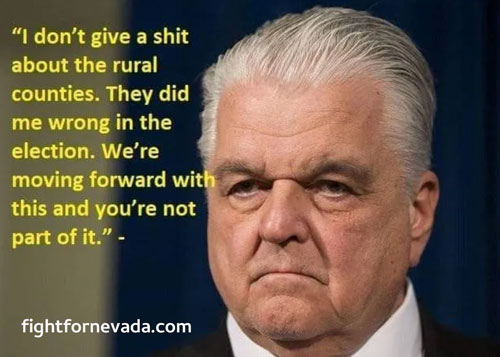 Does anybody except a headline writer at the Las Vegas Review-Journal actually believe that, somehow, the guber didn’t send a minion, make a call or do something to communicate to the airport authorities in Reno and Las Vegas to get them to stop Trump’s rallies at their facilities?

After all, his press secretary says, “We didn’t.” Right.

I’ve been involved in Nevada politics literally since the day in 1995 when we bought a radio station in Las Vegas and if our little governor didn’t do that he must have had a psychotic break and reformed his persona. more

Democrats chose a side

Protestors Arrested In D.C. For Writing “Black Preborn Lives Matter” In Chalk Outside Planned Parenthood, Claim They Had A Permit To Do So

Escape From New York: Wealthy Residents Flee In Droves As The City Degenerates Into A Hellhole