“Lou Dobbs Tonight” is off the air, effective immediately, a Fox spokesperson confirmed. An interim show will take Dobbs’ place at 5 and 7 p.m. Eastern starting Monday.

It was a head-scratching change by Fox Business, since Dobbs was its highest-rated host, albeit on a relatively low-rated network. He often doubled his lead-in’s ratings, which is a rare feat in television.

Dobbs, a veteran financial news anchor, became known at Fox Business for his sycophantic pro-Trump programs. He was one of the former president’s biggest boosters on television, and Trump regularly thanked him in return.

In one of Trump’s first statements since leaving the White House, he effusively praised his friend, saying Dobbs “is and was great. Nobody loves America more than Lou. He had a large and loyal following that will be watching closely for his next move, and that following includes me.”

The pro-Trump propaganda bent juiced Dobbs’ ratings. But his far-right programming choices repeatedly caused consternation within the company, a source close to the matter said, and his program was a loss leader for Fox because many advertisers didn’t want to be associated with his content.

Most recently, Dobbs was named in a $2.7 billion lawsuit filed by a voting technology company, Smartmatic, on Thursday.

The lawsuit asserts that Dobbs and other Fox hosts

A source close to Dobbs confirmed that he had been “benched” by the network. Dobbs declined to comment.

which broke the news, said Dobbs “remains under contract at Fox News but he will in all likelihood not appear on the company’s networks again.”

This is something known in the TV business as “pay or play” — a network can opt to keep paying a host but not put them on TV, keeping them out of the hands of rival outlets.

Sources at Fox indicated that the

was just one factor in the decision to cancel Dobbs. His weak performance with advertisers was also a significant factor, one of the sources said.

But Fox is clearly under enormous legal pressure from Smartmatic and another voter systems firm, Dominion, which has threatened to sue the network, but has not done so to date.

Legal experts have said the case against the conservative cable channel is strong. CNN legal analyst Ellie Honig described it as a “legitimate threat” to Fox and added, “There is

The lawsuit accused Dobbs of having been “one of the primary proponents” of a “disinformation campaign” against Smartmatic.

Smartmatic’s lawsuit identified multiple instances in which Dobbs’ program promoted conspiracy theories about the 2020 election results and said that his behavior was “contrary to his public persona” of being a “provider of factual information” to his viewers.

Not only did Dobbs allow guests to defame Smartmatic, the lawsuit said, but he “took the initiative and contributed additional falsehoods to the narrative.”

A Fox spokesperson said in a statement on behalf of the network and its hosts Thursday that it was “proud” of its 2020 election coverage and said it would “vigorously defend this meritless lawsuit in court.”

Covid-hit UFC star Khamzat Chimaev ‘flying to US for treatment for lingering effects of virus, manager hopes he can fight by June’

FOOD PRICES AND WHAT THE STOCKERS ARE SAYING 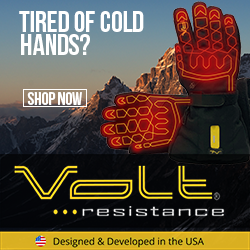 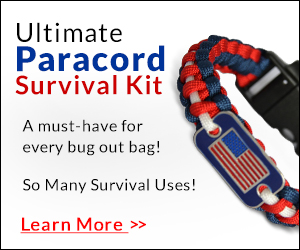