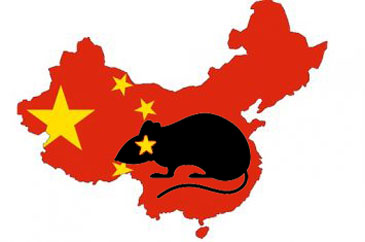 WFB: The Beatles manager who orchestrated the ill-advised wedding between John Lennon and Yoko Ono is now the Chinese government’s pointman to build ties between Beijing and American journalists and officials.

Peter Brown, who managed the world-famous band until its disbandment in 1970, now uses his public relations skills to advance the interests of the Chinese regime. Brown, through his firm BLJ Worldwide, has arranged dozens of American reporters to visit China on all-expenses-paid trips and placed pro-Chinese op-eds in top U.S. outlets.

The Chinese embassy in the United States and the China-U.S. Exchange Foundation (CUSEF)—a registered foreign agent with close ties to the Chinese Communist Party—have paid nearly $4 million to Brown’s firm since 2016. As part of the contract with the embassy, Brown’s team provided media training to Chinese diplomats, monitored news reports about China, and assisted “crisis communications” on key issues such as the trade war and the annual Communist Party Congress. read more

Minneapolis business owners: “The government has abandoned us!”

I Want To Leave But My Wife Doesn’t Want To

Bette Midler on Mike Pence: ‘Does Mother Make Him Wear a Sleep Mask So He Can’t See Other Women in His Dreams?’

After the Economy Collapses: How to Barter

Coronavirus infections rise in France as Spain cracks down on nightlife

U.S. Republicans worry China might use TikTok to meddle in election

Behind the Mask: Antifa

Could he drop out?