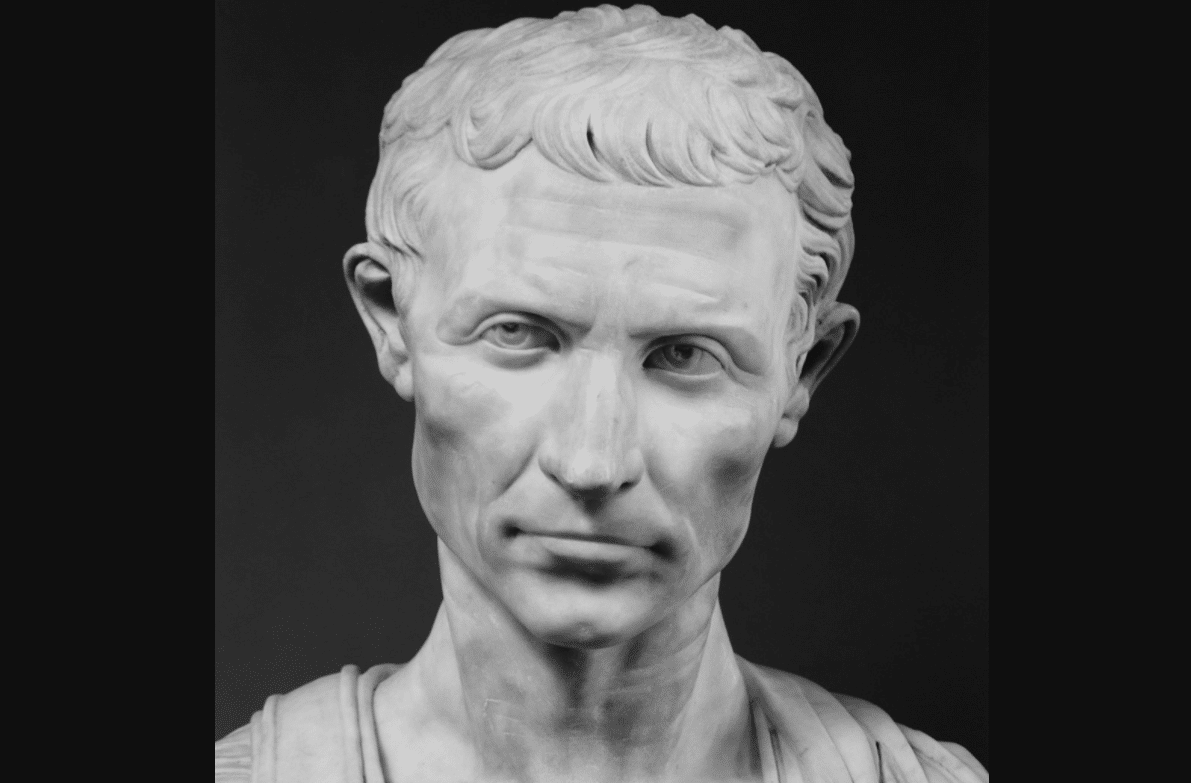 Counting seven divisions with offices in London, Shanghai, Munich, and Hong Kong, Sarasota-based Numismatic Guaranty Corp. and its staff of 350 employees and 75 expert analysts have evaluated literally millions of collectable treasures since the company’s inception in 1988.

But few of those rarities have rocked the world of NGC’s founder and chairman Mark Salzberg more than what arrived at its Sarasota headquarters three months ago from British auction house Roma Numismatics Limited — a gold coin from ancient Rome celebrating history’s most infamous assassination, the gang-stabbing of Julius Caesar.

“We’ve seen a lot of great Roman and Greek coins, but this is the highlight of all that we’ve graded. And the story behind it is remarkable,” says Salzberg. “This coin is going to get a lot of recognition when it goes up for auction (on Oct. 29, in London). It’s going to be kind of a worldwide event.”

The coin, known as EID MAR — the Latin abbreviation of the Ides of March — features the profile portrait of Marcus Brutus, one of the ringleaders in the murder conspiracy, which unfolded in full view of the Roman Senate on March 15, 44 B.C. On the reverse side, flanked by stark likenesses of the daggers that felled the icon, is an image of a traditional cap worn by Roman slaves who had been set free.

“What we’re really looking at here is a political manifesto from Brutus,” says Dave Vagi, who leads a five-person numismatic team, NGC Ancients, which authenticated the coin as genuine. “He’s saying, ‘Cassius and I murdered Caesar on the Ides of March for the freedom of Rome.”

EID MAR coins are among the rarest of Roman antiquities. Some 100 silver coins featuring the same images have been recovered. But prior to its validation this summer, only two EID MAR gold coins were known to exist. One is on loan to the British Museum from a private collector; the other resides in the Deutsche Bundesbank collection.

NGC made headlines last year during the 50th anniversary of the Apollo 11 moon landing. That’s when the company documented and encapsulated the memorabilia inventory for the estate of the late astronaut Neil Armstrong as his survivors prepared for auction.

But in contrast to one of the 20th century’s most well documented milestones, part of the allure of the nickel-sized, 8.06-gram EID MAR gold coin is its mystery. Nobody knows where it came from, how many were minted, or even its contemporaneous value more than 2,000 years ago. NGC was commissioned to evaluate its legitimacy, not its provenance. But its verdict was decisive.

“This coin is estimated at half a million Euro, but I think it’s going to bring seven figures,” says Salzberg. “In fact, there’s really no top to what it could bring because it is the most important Roman gold coin we can even think of.”

Enhancing its prospects, says Vagi, is its mint condition appearance. He theorizes that, amid the ancient monetary system that existed before banking, the original owner most likely buried it in the ground for safekeeping.

Unlike silver, copper, or other coinage metals that “can be aggressively damaged by soil or moisture or various chemicals for growing crops,” Vagi says, “gold is much more difficult to damage because it almost never interacts with anything.” Even so, the EID MAR’s mystique transcends a price tag.

“It reaches beyond numismatics because you’ll find people who collect other kinds of art – paintings and sculptures – but they’ll be familiar with this, and they might even be in competition for it,” Vagi says. “This is a coin that anyone who’s ever heard of Julius Caesar or has read the words of Shakespeare – they’ll get it. This one jumps right out.”

The moment Vagi first laid eyes on the artifact three months ago, given its condition and what he’d read about its only two known survivors, his skepticism faltered. He and his team spent “three or four days” on the project, probing for flaws or counter-arguments. What he came away with was an experience he calls “unique.”

“When you have an opportunity to hold an object like this, it ties you to the moment,” Vagi says. “Take a painting that was created on a specific day or over a couple of days or weeks – when you see it, you’re drawn back into the moment of its creation. It’s the same way with this coin.

“When I see it, I’m thinking specifically of the year, northern Greece, 42 B.C., and all the armies of Brutus and Cassius, drawn together, awaiting the great battle of Philippi.

“We know Brutus minted it because it bears his image, and it’s a political statement celebrating the murder of a man he and a lot other people considered a dictator, an autocrat, and a real danger to all of the political and legal and social institutions of Rome. And he raised this vast army to defend his cause.”

The plot to restore the republic would ultimately backfire; even among detractors, Julius Caesar enjoyed near mythic status. Born to an elite Roman clan tracing its roots to the Trojan War hero Aeneas, son of goddess Aphrodite, Gaius Julius Caesar was seemingly invincible during his reign.

His signature proclamation — “I came, I saw, I conquered” — heralded victories from Gaul to Hispania to Britain. And his decision to break the law by crossing the Rubicon river with his fully loaded armies upon his return to Rome is an enduring term for a course of action from which there is no turning back. He even reimaged the calendar.

Caesar’s decision to award himself absolute power in 46 B.C. set the conspiracy wheels in motion. Brutus and brother-in-law Cassius Longinus hatched the plot in February, 44 B.C., which reached a gruesome climax in the Theatre of Pompey, the temporary quarters of the Senate. A stabbing frenzy joined by a number of senators flashed 23 knife wounds, but historians regard the famous last words — “Et tu, Brute?” — in the Shakespeare tragedy as apocryphal.

The conspirators’ envisioned popular uprising against Caesar’s regime never materialized. Brutus and Cassius fled Rome, setting the stage for a showdown between their armies and the forces of Octavian, the dynastic heir who would become Caesar Augustus. And, as NGC’s Vagi points out, soldiers’ loyalties could be as fluid as money.

“Brutus and Cassius were in the eastern Mediterranean, in Greece and the coast of Turkey. And in this era of civil war, you had competing forces,” Vagi says. “The people involved in the Caesarean faction had no idea how or where or how many coins were being produced by the enemy. Whenever they produced any kind of money, they minted it on site and, in this case, probably northern Greece.

“There are no accurate surviving records of coin production in this period. In the year 42 alone, they probably struck millions of these kinds of coins. These (EID MAR) may have been struck within a matter of days. You’re trying to maintain the loyalty and discipline among your troops, when all the while your enemy is trying to sabotage that loyalty, maybe trying to lure them away with extra pay. You’re talking about very difficult circumstances.”

In clashes involving some 200,000 soldiers, the drama culminated in October, 42 B.C., outside the Greek coastal city of Philippi. His army crumbling before Caesar loyalist Marc Antony, Cassius committed suicide after acquiring fake news that Brutus had been defeated by Octavian. On October 23, confronting collapse on the battlefield, Brutus took his own life. Having avenged his great uncle, Octavian consolidated power, became emperor, and the Empire was born.

Following the Battle of Philippi, the EID MAR coin Vagi handled could’ve traveled anywhere Rome ventured, from the British Isles to the trade routes into India. Perhaps so few were produced, it could have been from Brutus’ own personal collection. Had Caesar’s killer prevailed, however, the coin’s legacy might have looked quite different.

As Caesar bled to death, his assassins reportedly shouted, “Sic semper tyrannis (thus always to tyrants).” That defiant exhortation would become the state motto of Virginia, and the first words uttered by America’s most notorious actor immediately after shooting Abraham Lincoln to death in Ford’s Theatre in 1865.

“Picture this. Think about had John Wilkes Booth survived,” Vagi says. “And let’s say for some reason, he produced a visual object that celebrated the fact that he had murdered Abraham Lincoln. After four years of Civil War, there would’ve been people at that time in the South who would’ve been very sympathetic to the cause he represented and would have cheered upon seeing it.

“As with Caesar, there were two sides to that moment — it was not necessarily a black and white issue. Brutus and Cassius felt they had liberated Rome from slavery.”

Vagi calls his encounter with the assassin’s artifact “a pleasure” for the way it invoked William Faulkner’s immortal truism: “The past is never dead. It’s not even past.”

Veterans Affairs: Direct deposit, periodic review recommended to get most out of benefits

'Where Would the Black Lives Matter Movement Be Without the Right To Free Speech?'

Trump jokes he might leave country if he loses to Joe Biden in Nov. 3 election

Vietnam vet, 73, vows ‘We’ll be back’ supporting Trump after attack

Revisiting the Disastrous Mission to Rescue American Hostages from Iran

China vows to retaliate over US sanctions on Hong Kong, Chinese officials

Biden, Trump will be muted at times during their final debate

US sanctions Chinese companies for dealing with Iranian shipping line