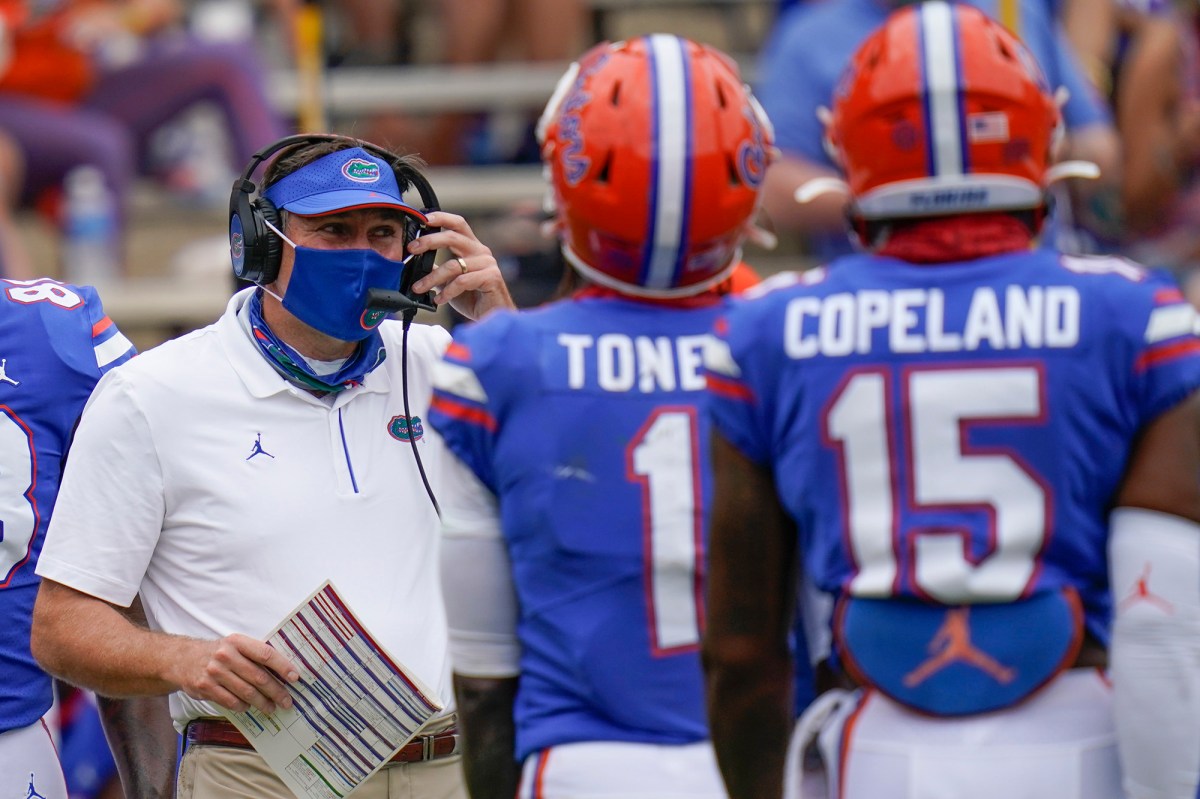 Florida Gators football coach Dan Mullen announced he has tested positive for coronavirus as part of the team’s recent outbreak.

The 48-year-old’s diagnosis comes after the program paused all team activities Tuesday because of “an increase in positive COVID tests among players” and a week after Mullen called on the school to allow fans to “pack’ the stadium for their next home game.

“I have also tested positive for COVID and have received word that my test has been confirmed,” Mullen wrote on social media Saturday. “I’m continuing to self-isolate from my family, who all remain healthy, and I am following the guidelines set forth by UF Health, the CDC and our public health officials. I am proud of how our players, staff, and campus have navigated this unprecedented time and hope all continue to be safe.”

Tenth-ranked Florida already has had two games — this week against LSU and next week versus Missouri — postponed after at least 21 players and coaches tested positive and dozens more are quarantining because of contact tracing. The outbreak left the program without the 53 scholarship players mandated by the SEC to play a game.

Mullen also gave an update on how his players were doing.

“Thankfully, everyone impacted is recovering well and has experienced mild to no symptoms,” he wrote.

The outbreak came just days after the coach, following a loss to Texas A&M, pushed for the school’s administration to allow the full 90,000 fans into The Swamp. Spectators were being allowed in at 20 percent capacity.

“I know our governor passed that rule so certainly, hopefully, the university administration decides to let us pack The Swamp … Hundred percent, because that crowd was a major factor in the game, and so, I certainly hope our university administration follows the governor,” Mullen said Monday. “Our governor has passed a rule that we’re allowed to pack the Swamp. We have 90,000 in The Swamp to give us that home-field advantage that Texas A&M had today.”

Mullen backtracked from those comments on Wednesday after the game with LSU had been canceled and his team was dealing with positive tests.

“Whatever our local health officials come out and say, ‘This is the number of people that we’re going to allow at the game right now,’ that I want to encourage those people to come in, bring the energy, bring the excitement in the stadium and help our team to win,” Mullen said Wednesday.

Jacinda Arden's majority may prove to be her biggest challenge

MD Gov. Explains Vote For Reagan! 'I Don't Think Either One Right Choice'…

“We Did Get a Diagnosis Yesterday from My Doctor… Unfortunately, It is Cancer” – Prayers for Dan Bongino After He Breaks News of Cancer

How Hollywood app Quibi collapsed after raising $1.75 billion in one of the biggest business flops ever

2 arrested in slaying of Michigan guard over face mask order

Cunningham: Portrait of a modern dance legend soars when focusing on his work

Anger in Colombia: why are some lives worth more than others?

The Future Role of the U.S. Armed Forces in Counterterrorism