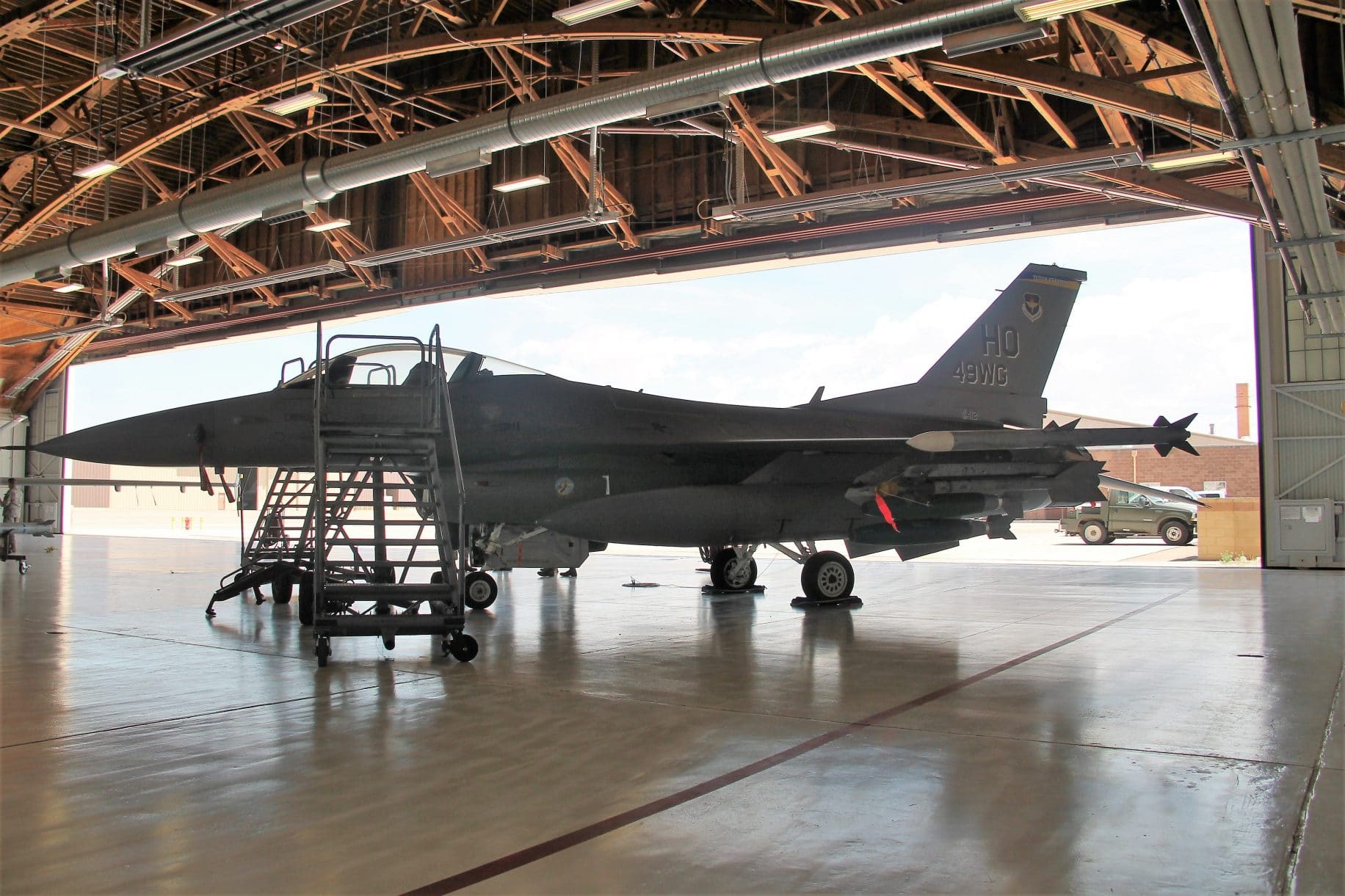 Charles Holbrook was killed in 2017 during an active weapons training exercise on Holloman Air Force Base.

His wife Belen Holbrook sued the United States through the U.S. Air Force for wrongful death shortly thereafter, on behalf of herself and the couple’s young daughter.

The Holbrooks asked for $24,633,042.13 in damages which was awarded on Oct. 14 by United States Magistrate Judge Stephan Vidmar during a telephonic hearing.

Charles “Chuck” Holbrook was killed January 31, 2017 at White Sands Missile Range when he was shot by an instructor pilot and a student pilot during a training exercise. Both men were named as John Does in the lawsuit.

“The Defendant United States of America through the U.S. Air Force was responsible for the acts and omissions of their employees, agents, apparent agents and contractors, including Defendant John Does I and II, the JTAC personnel and those U.S. Air Force members responsible for training, supervising, directing and ensuring safety in the live fire nighttime run,” court records state.

The wrongful death claim was filed on December 27, 2018. Records show the U.S. Air Force did not make a final disposition within six months, but did make its decision on February 10, 2020. Which means the case could proceed into federal court, court records state.

The training exercise used live fire and was executed at night.

“Holbrook was killed when an F-16 student pilot mistook the line of rental cars for the similarly aligned target and was ordered to fire at the group, blowing up one of the rental cars and striking Holbrook in the head with a 20 mm round. Holbrook died several hours later at the hospital,” court records state.

Holbrook was a business development manager for Sensors Unlimited, a division of United Technologies Aerospace Division who went to New Mexico in late January 2017 to demonstrate a laser imaging device for the Dutch Air Force, court records state.

A short safety briefing took place for those who would participate in the exercise that was described as “a nighttime close air support scenario where F-16 fighter jets would attack with live ammunition an enemy position when ‘friendlies’ were nearby,” court records state.

The exercise included four F-16s; two flown by instructors and two flown by students with 10 people on the ground.

“From the air, at night, the observation point for the ground crew looked the same as the target,” court records state.

At 6:59 p.m., the instructor in the incident set up a red strobing infrared beacon at the observation point to distinguish it from the target, court records state.

The student pilot did not state that he saw the strobe. “This should have set off alarm bells for the (instructor) and he should have asked why the (pilot) did not announce that he saw the strobing observation post or otherwise verified that the (pilot) saw and understood that the infrared strobe indicated the observation post,” court records state.

At 7:07 p.m., the student pilot called out “capture target” showing that he was tracking the intended target southeast of the observation post, “but never described what he was targeting, and the (instructor pilot) never asked him to describe or verify that the (pilot) was tracking the correct target,” court records state.

Following some alleged issues in the exercise’s two previous runs, the student pilot’s final run began at 7:18 p.m. when the instructor pilot started using a call sign for a joint terminal attack controller who did not have control in the student pilot, court records state.

The instructor pilot may have thought the control had been transferred when it had not, court records state.

The student pilot did a roll to set up his run for the target that knocked the targeting pod into reset mode which is normal in such situations.

The targeting pod found the correct target when the plane was maneuvered towards the observation post that had been accidentally targeted on the two previous runs, court records state.

The student pilot did not have target information on his display as the target was out of range to the right of the plane.

“The (student pilot) either did not recognize or misinterpreted the significant information in his heads-up display, i.e. that the steer point diamond and laser targeting reticle were absent from his display,” court records state.

When the student pilot received the go ahead from the instructor pilot, he “squeezed the trigger while the nose of the aircraft was pointed at the (observation point) and sent 155 rounds of Vulcan cannon ammunition toward the ground crew, blowing up a rental car and striking Chuck Holbrook in the head with a 20 millimeter round,” court records state.

Holbrook died about an hour and a half later at Gerald Champion Regional Medical Center.

The pilot that shot Holbrook was on his first night close support mission, his first time using night vision goggles and was the first time performing “a nighttime high-angle strafe of unlit targets,” court records state.

The people on the ground included joint terminal attack controllers from the Idaho National Guard and from Fort Bliss.

These groups had not worked together with the U.S. Air Force or Holloman Air Force Base on a nighttime mission, court records state.

It is believed that none of ground crew were in the safety briefing prior to the exercise, court records state.

Holbrook was not given any safety equipment, court records state.

The instructor from the other team “a major and 11-year veteran of the Air Force, felt that this training was unusually complicated,” court records state. “It would be the first time in his three years as an instructor at Holloman Air Force Base that they would run this nighttime close air support mission with two flights of two jets each; normally there would only be two jets in the air, not four.”

The observers and Holbrook were located about a half mile from the target and both areas looked alike, court records state.

The target was a line of rental vehicles on a dirt circle with a road north of the circle, court records state.

Holloman Air Force Base did not offer comment at this time.

COVID-19: Still Out of Control

Behind the Scenes With the Director of the Documentary ‘Finding Manny’