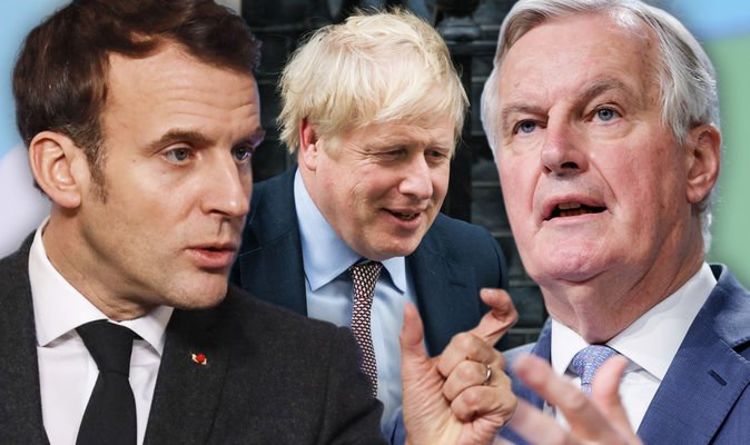 Daniel Hannan described the EU’s approach to Brexit as “bizarre” and suggested there was a belief in Brussels that Britain might drop the idea of leaving if the terms offered were harsh enough. Mr Hannan, Tory MEP for South East England from 1999 until the UK’s exit from the EU in 2020, was speaking after trade talks between the two sides collapsed.

Britain rebuffed Brussels’ offer of intensified trade talks next week and told the EU chief negotiator there was “no basis for negotiations”.

Boris Johnson accused European leaders of having “abandoned the idea of a free trade deal” and told the UK to “get ready” for a no deal outcome in the negotiations after his October 15 deadline for reaching an agreement passed.

The Prime Minister’s official spokesman said there was “no point” in EU chief negotiator Michel Barnier travelling to London unless the 27 member states were willing to alter their position or wanted to discuss sector by sector arrangements to prepare for no deal.

The hardening of Britain’s stance came after EU leaders agreed summit conclusions calling on the UK to make “the necessary moves to make an agreement possible” without any suggestion of EU concessions.

The two sides have been at loggerheads for months over the issues of future fishing rights and state aid rules.

Mr Johnson said: “We’ve got to a stage, alas, where they don’t seem to want to progress a free trade deal.

“That was pretty clear from the conclusions of the summit. They don’t want to go any further.”

READ MORE: Brexit LIVE: EU shamed after trying to ‘run down the clock’ on Boris

Commenting on the talks, Mr Hannan said: “I assumed that, when it came to it, the EU would prioritise the economic interests of its 27 members. I was wrong.

“By sticking to a number of deliberately absurd positions – including demanding British fish as a sort of leaving fee – Brussels has effectively collapsed the talks.

“There will be no trade deal.”

Mr Hannan said the EU’s position throughout the lengthy trade talks proved it was not negotiating in good faith and that Brussels was sticking to the French line on fishing despite suspicions Emmanuel Macron was looking for an excuse to sabotage the talks to save face with his angry trawlermen.

Another Academic Caught Passing As Black

The Worst Is Yet to Come: Contact Tracing, Immunity Cards and Mass Testing

US reimposes UN sanctions on Iran amid increasing tensions

Florida bars and restaurants close just a week after reopening

A Florida couple has been charged after being caught getting groceries, washing their car, and walking their dog despite testing positive for the coronavirus

People are accusing fast-food giants like Wendy’s and McDonald’s of funding Trump’s reelection. Here’s what is really happening

Wanna Know Which Halloween Candy You Truly Embody? Just Choose Some Halloween Images To Find Out

Who’s talking about sex and modern relationships in Arabic?

Let Justice Ginburg be not the pinnacle, but the base of the transformation we need