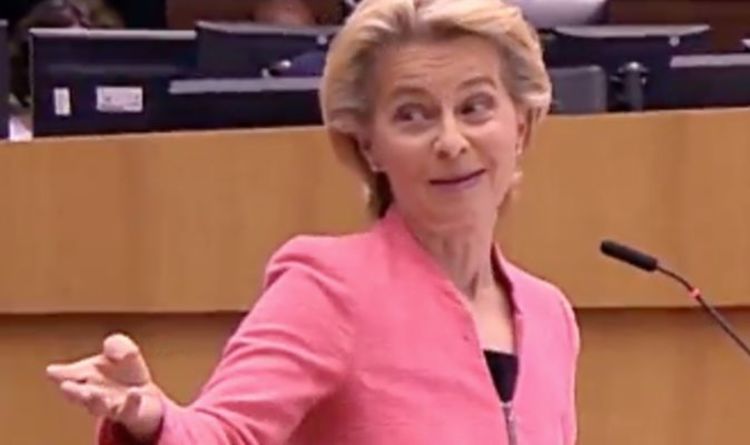 Ms von der Leyen was commenting on the different position the European Union had chosen to adopt when tackling issues like mass migration, insisting the bloc had opted to address the issue legally and seeking to maintain the peace between everyone.

She said: “This makes you angry, this makes him angry because we got him on the point.

“He cannot bear with the contradiction that you are preaching hate and we want solutions and we want a constructive approach to migration.”

She continued: “Therefore this is the right moment for a fresh start on migration. Just a few numbers.

“Every year, about two million people do come to Europe, two million and 140,000 refugees so we should be able to manage that.

“Two million people are coming to Europe because Europe is a wonderful continent that offers a lot of opportunities and this is normality.

“Therefore we will put forward legislation next week and there will be time to discuss it.”

Over 40,000 pounds of ground beef recalled due to E. coli concerns

Grim Milestone: How bad can the pandemic get?

Coronavirus: 'The masks you throw away could end up killing a whale'

Beam Me Up, Please

A Crash Course on Evangelism and Discipleship (8AM)