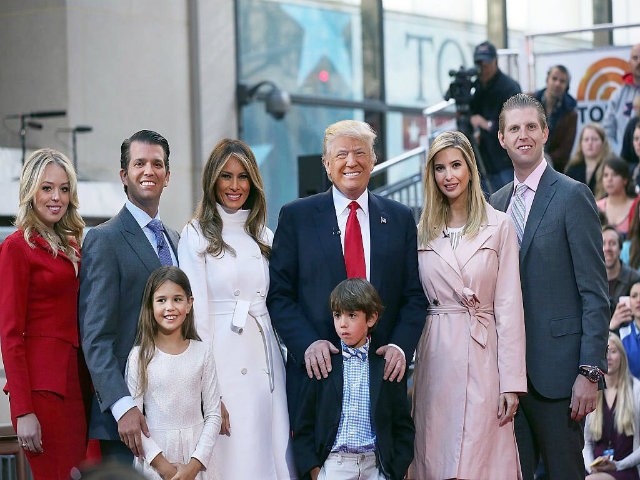 President Donald Trump said that he had lost billions by leaving his real estate company to run for political office.

“Believe me. I didn’t do it for me,” Trump said. “I lost a fortune. This job has cost me billions and billions of dollars.”

The president spoke about the impact that becoming president had on his personal wealth during a campaign rally in Janesville, Wisconsin.

He noted that the “fake news” media harped on the fact that he was not raising as much money as former Vice President Joe Biden’s campaign.

Trump said that he could easily raise more money, but he did not want to be beholden to wealthy donors.

“Nobody could ever raise money like me, I just don’t want to do it,” Trump said. “Because it puts us all … meaning us, I did this for us, and not for me.

Trump mocked the media for criticizing his hotels for allowing foreign dignitaries to stay in them for a few hundred dollars a night.

“Billions I lost, and that’s ok, because I’m doing something that’s the most important thing I’ve ever done,” he said.

The president reminded his supporters that he gave up his $400,000 annual salary as president.

Trump also noted that his children could probably earn incredible amounts of money if they continued developing real estate and hotels overseas.

“I have good, good kids,” he said. “I’d have hotels built in every city in every country in the world, and I have great kids, and I have ambitious kids. They’d like to do it.

The president said that he told his children not to continue making business deals because “psychologically” it was a bad look for the country.

Pence Demands Biden, Harris ‘Come Clean’ on Whether They Would Support Court Packing

Ominous Sign: Biden Spotted Fitting As Many Judges As He Can Into A Phone Booth

Silver is Critical in a High-Tech Society

More Californians Own Guns than Ever Before

Why the Violence Would Increase under Biden