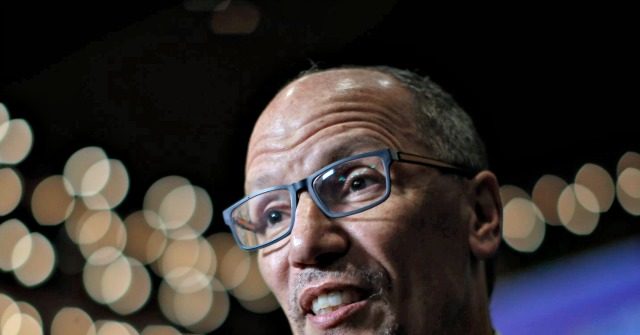 RADDATZ: OK. Thank you very much for joining us. So, let’s bring in Tom Perez, and I want to start with Joe Biden did have days to prepare for his interview about Tara Reade. He denied the allegations and urged the national archives to release any alleged complaints from Tara Reade. The archives said they are not responsible for records like that. Biden now says in a formal letter that he was mistaken, that it was at the archives, and asked the secretary of the Senate for help.

TOM PEREZ, DNC CHAIR: Joe Biden has been very clear, (Martha), that this did not happen. He was forceful in that, and he’s been equally clear that when women come forward with complaints of this nature, they should be taken seriously, their complaints should investigate, they should be treated with dignity, and he’s done exactly that. He called for the Senate to release any documents they have, she indicated that she filed a complaint. Joe Biden wants that complaint released. He is an open book. He understands that it’s important for the information to get out. He would like for that information (inaudible) media.

RADDATZ: But Mr. Perez, I want to – I want to stop you right there – Biden also says he will not release documents from his years in the Senate, now the University of Delaware because they don’t contain personnel matter, and could have brushed aside suggestions that a search be done of just Tara Reade’s name in those documents. The New York Times editorial board called for the DNC to convene an unbiased, apolitical panel to review portions of Biden’s papers saying his word is insufficient to dispel the cloud. Your communications director has called that idea, “absurd.” Why?

RADDATZ: But why not just search Tara Reade in those documents?

PEREZ: This is like the Hillary emails. Because, there was nothing there and the reason is, if I’m going – I work on the Senate’s Judiciary Committee in 1995, the ranking member was Joe Biden. I was working for Joe Biden. I was working for Senator Kennedy. If you want to see my personnel records, you don’t go to the Kennedy Institute. That’s not where they go, and so, when you ask the University of Delaware to take a look at something, you’re asking them to look for something that doesn’t exist, and the fact of the matter is that the president of the United States, the former president, Barack Obama, conducted an exhaustive search. Joe Biden was an open book.

WALSH: National Media Refuse To Cover Murder Of 5-Year-Old Because It Doesn’t Fit Their Racial Narrative

‘CNN Has No Choice’: Trump Responds To Cuomo-Cohen Recording About Sexual Misconduct

Why No One Will Vote for Joe Biden

MUTINY? Pelosi Returns to D.C. for ‘USPS Crisis,’ But Her Own Dems Demand She Make Stimulus Deal with TRUMP