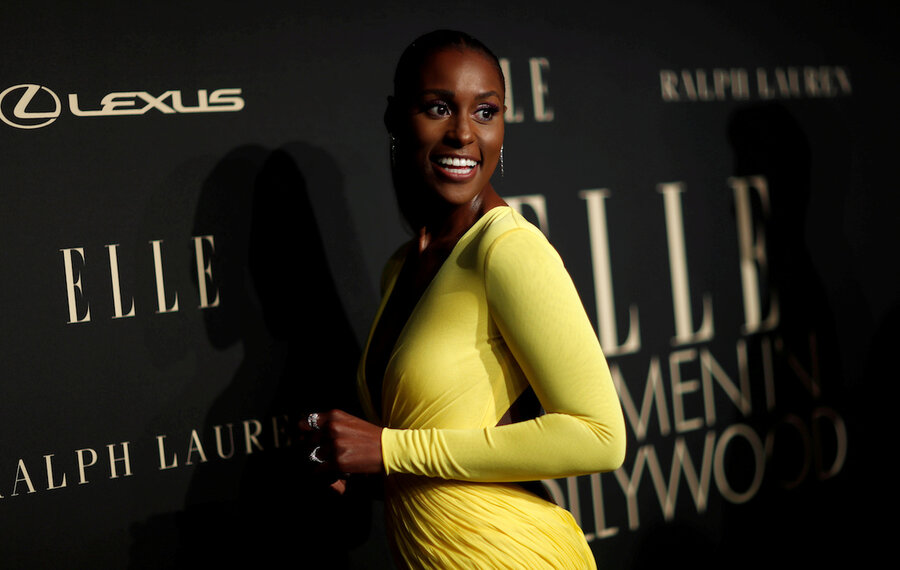 From “Insecure”’s 20-something women to the Muslim-American star of “Ramy,” Sunday’s Emmy line-up is an unprecedented showcase for people of color.

But the television industry needs to take concrete action on pledges to nurture nonwhite writers and directors to ensure that the 2020 awards ceremony is not just a blip triggered by a summer of protests over systemic racism in the United States, observers say.

“I’m sure the last thing the [Academy of Television Arts & Sciences] wanted was to have an ‘Emmys so white’ controversy in the middle of all that,” said Eric Deggans, TV critic for National Public Radio and author of the 2012 book “Race Baiter.” “So I’m not surprised they paid special attention to the work of Black performers.”

Nominations open doors for other Black, Asian, and Latino creatives, and shape perceptions beyond the world of entertainment, said Rashad Robinson, president of social justice organization Color of Change.

“What these awards represent is the industry’s way of creating a system of letting people in, of creating access to jobs and opportunities,” Mr. Robinson said. “It dictates the stories we get to see in the world about who we are, and that has deep implications on the unwritten rules about how we are treated in hospitals, by judges, and at schools.”

The Emmy nominees came from shows that were made before America began a painful cultural reckoning over racism this summer.

More are on their way, including documentary “Driving While Black;” “Woke,” about a Black cartoonist who has an encounter with police; abolitionist drama “The Good Lord Bird;” and “Enslaved,” about the history of the slave trade.

Mr. Robinson said that exciting as it is to see Black artists and stories break through, more structural changes – such as inclusion riders, diversity in writers rooms, and fully rounded characters – are needed to ensure lasting change.

“It’s regrettable that so much of the recognition fell on Black performers and there wasn’t a little bit more in regard to Latino people especially,” said Mr. Deggans, noting that shows like “Gentefied,” “Vida,” and “One Day at a Time” were largely overlooked.

“The cause of Latinx representation in Hollywood is a little further back – where Black people were, say, 10 years ago,” Mr. Deggans added.

The Emmy Awards will be handed out on Sunday at a virtual ceremony televised on ABC.

This story was reported by Reuters.

Amid College Virus Outbreaks, Should Students Stay On Campus Or Head Home? | TODAY

My Heart My Motherland