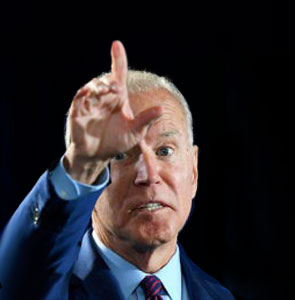 NJ.com: WASHINGTON– In a moving and evocative moment during the State of the Union speech, President Obama announced a push to cure cancer, comparing it to a “moon shot.”

For added drama, he put Vice President Joe Biden — still grieving over the cancer death of his son — in charge of the effort.

To fans of the long-running show “The West Wing,” however, the scene had an eerie familiarity. They may have noticed Obama’s goal of curing cancer matched a similar goal put forth by Josiah Bartlet, the fictitious Democratic president in the show, which ran from 1999 through 2006. more here

CNN’s Don Lemon Goes On Wild Anti-Trump Rant: ‘What Is It About President Obama That Really Gets Under Your Skin?’

A Tennessee police chief had a message for fellow law enforcement: turn in your badge if ‘you don’t have an issue’ with George Floyd’s death

WALSH: Activist Teachers Say It’s Not Safe To Go Back To Work, While Many Attend Mass Protests

Portland mayor jeered as he tries to rally protesters