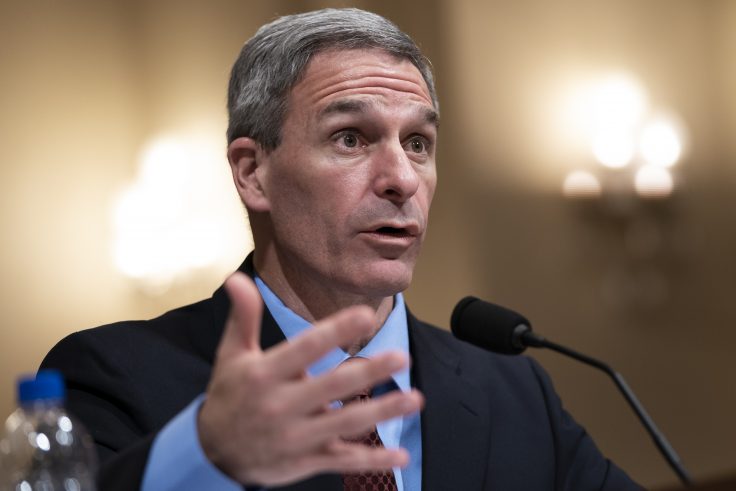 The Department of Homeland Security announced new restrictions on products made with Chinese forced labor in a press release on Monday.

Customs and Border Protection (CBP)—a law enforcement wing of DHS—introduced five orders blocking goods made in Uighur detention and labor camps. The orders target Chinese companies with a large presence in the Xinjiang province of China, where it is estimated that over a million Uighur Muslims are detained.

“By taking this action, DHS is combating illegal and inhumane forced labor, a type of modern slavery, used to make goods that the Chinese government then tries to import into the United States,” acting DHS deputy secretary Ken Cuccinelli said. “When China attempts to import these goods into our supply chains, it also disadvantages American workers and businesses.”

“President Trump and this Department have, and always will, put American workers and businesses first and protect American citizens from participating in these egregious human rights violations,” Cuccinelli added.

“The Trump Administration will not stand idly by and allow foreign companies to subject vulnerable workers to forced labor while harming American businesses that respect human rights and the rule of law,” acting CBP commissioner Mark A. Morgan said. “Today’s Withhold Release Orders send a clear message to the international community that we will not tolerate the illicit, inhumane, and exploitative practices of forced labor in U.S. supply chains.”

American lawmakers are considering ways to combat China’s agenda of economic warfare and the regime’s ties to American institutions such as universities and Hollywood. On Monday, Sen. Tom Cotton (R., Ark.) announced his intent to end “most-favored nation” status for Beijing.

Last week, Keith Krach, the undersecretary of state for economic growth, energy, and the environment, told the Washington Free Beacon about the expansion of “clean” networks, which rid American technology, infrastructure, supply chains, and research of pernicious Chinese influence.

Live: Inside the Tacheng Accordion Museum in Xinjiang 穿越新疆——聆听“手风琴之城”的动人乐章

Is Russia getting away with Murder?

An Important Step in the Fight to Ban Chinese Confucius Institutes