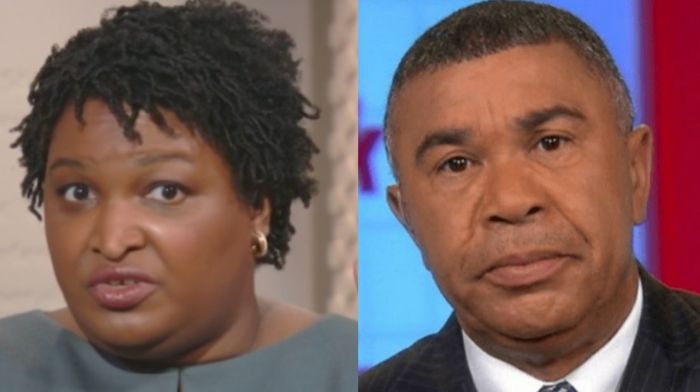 Failed Georgia gubernatorial candidate Stacey Abrams recently said on The View, “I think Vice President Biden is going to make a smart choice, and I appreciate the fact that he has lifted up women as being a necessary partner in this. I would share your concern about not picking a woman of color (for vice-president) because women of color, particularly black women, are the strongest part of the Democratic Party.”

As such, a loyal Democrat apparatchik was deployed to rain on her parade. Rep. William Lacy Clay, Jr. of Missouri was probably chosen to deliver the message to Abrams because he is black and thus inoculates the Biden campaign from race hustler charges of bigotry.

The man has a point. Abrams brings nothing to the table besides her self-promotion, her gender, and her race. Sadly, in a party that has jettisoned merit and replaced it with sexism and racism, she will get a hearing. But, as Clay’s broadside shows, she should not confuse a hearing with a nod. Kamala Harris or Michelle Lujan Grisham, call your office.

This piece was written by David Kamioner on April 29, 2020. It originally appeared in LifeZette and is used by permission.

Newsom won’t share details on $1B mask deal with China

Can Cuomo Take the Pressure?

It’s Started In Venezuela! Will It Come Here??

Trump supporters sail hundreds of boats near his Florida home

COVID-19 Provides Media and Politicians Ground Cover for Destroying Life, Liberty and the Pursuit of Happiness