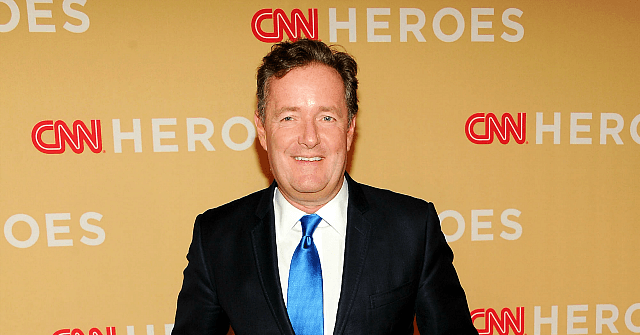 Piers Morgan is sick and tired of being hated and has decided to abandon his ex-friend Donald Trump for Joe Biden.

If these admissions make you love Morgan even less than you did already, I probably wouldn’t recommend the interview he’s just given to Freddie Sayers of Unherd. It will make your stomach churn and your head explode.

The reason your stomach will churn and your head explode is that Morgan is unquestionably the most annoying person on the planet. It’s his mix of bullying bluster, slippery dishonesty, and near-total wrongness on every issue he touches, I think.

Here he is on Trump:

I never told anyone to vote for Trump last time, but I could feel that the East and West Coast crowd had no idea what was happening in Middle America, and I repeatedly predicted that Trump would win. Which he did. This time I think it’s different. I think America has been exhausted by the Trump circus and I think that the fact that so many have died there from the virus and the fact that the infection rate is surging means he’s going to take a bit of a beating.

Does Trump deserve to be elected after the year he’s had? I’d say not.

And here he is on Biden:

If I was able to vote I’d say Biden. I think Joe Biden is a decent guy. I think he’d bring a bit of seriousness back to America.

But probably the most irritating section of the interview is where an impressively unruffled Sayers quizzes him about coronavirus.

It’s arguable that no-one — not even Prime Minister Boris Johnson, Health Secretary Matt Hancock, or the author of the discredited “half a million will die” Imperial College projection, Neil Ferguson — bears more responsibility for Britain’s hysterical overreaction to Chinese coronavirus than Piers Morgan.

With his 7 million plus followers on Twitter, a column in a Sunday newspaper, and his matutinal bully-pulpit slot on the breakfast TV show Good Morning Britain, Morgan is in a position of great influence. He has used this position relentlessly to ramp up fear about the COVID-19 threat and to demand ever more drastic government action. One observer, with close Cabinet connections, told me they believed it was Piers Morgan, more than anyone, who has led government policy. Morgan has deployed his demagoguery — the manic handwaving, the bloviating outrage, and the weaponised sanctimoniousness — to such devastating effect that it has become impossible for Johnson’s weak, opinion-poll-driven administration to do anything other than adopt the most extremely overcautious position.

Yet extraordinarily, against all evidence, Morgan wishes to present himself as a moderate.

“I’m not at either extreme end. I don’t want endless national lockdowns,” says the man who has just supported calls for yet another lockdown — or ‘circuit-breaker’, as it is euphemistically known.

I’m not a fanatic on either side of this debate.

For Morgan to claim otherwise is delusional almost beyond measure. Either he is so obtuse or intellectually frivolous as to have no real understanding of his own ideological positions, their significance and influence. Or he is a pathological liar.

At best, I would say, he is the living embodiment of Stanley Baldwin’s dictum:

Power without responsibility. The prerogative of the harlot throughout the ages.

Though I’m generally well-disposed towards the Christian concept of redemption, I believe that Piers Morgan is genuinely beyond forgiveness, not least because he is so utterly incapable of contrition.

At the end of the interview, he says:

I hope I reach a place where nobody hates me. That would be nice. Where I can conduct myself in a way that doesn’t lead to people hating me.

Cotton on NYT Endorsing Biden, Claiming Bipartisanship: 'What a Joke'

Joe Biden Lashes Out at CBS News Reporter, Then Insults Him Personally

Trump to Devise Plan that Would Restore Pensions for Delphi Workers

Trump says ‘China will own US’ if Biden wins election

U. of Oregon President Says He Will Defy Executive Order on Critical Race Theory

With two dead in Kenosha, Wisconsin Gov. Tony Evers has blood on his hands