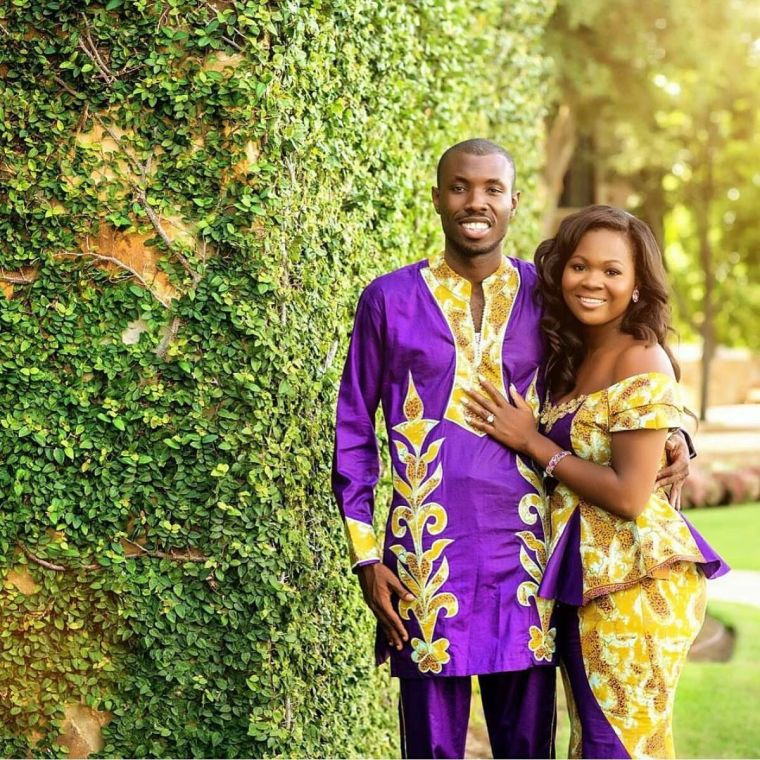 “Can I promise you something? If I don’t kill your sister then I am fake,” Sylvester Ofori, the self-styled prophet and leader of Floodgates of Heaven International Ministries in Orlando, Florida, threatened his brother-in-law last Monday before storming off.

A day later, Ofori, 35, who has more than 60,000 followers on social media, gunned down his wife, Barbara Tommey, 27, just before 9 a.m. near the front door of Navy Federal Credit Union on the 4600 block of Gardens Park Boulevard, the Orlando Police Department said.

In an affidavit cited by the Orlando Sentinel, witness told detectives that Ofori was holding a gun and was following his wife as she walked toward the bank. She knocked on the doors to get someone to let her in but Ofori shot her once and she collapsed a few feet away from her husband.

Witnesses say he then walked over to her as she lay dying and shot her a few more times in the head. He then walked back to his rented Dodge Journey, and drove away “as though nothing happened.” His wife was pronounced dead at Orlando Regional Medical Center later that morning.

Tommey’s sister recorded a fight between the estranged pair just a day earlier in which he promised to take her life, detectives confirmed. In what appears to be a portion of the video posted on Facebook, Ofori is introduced in an apparent headlock by his brother-in-law.

Based on the conversation, Tommey appears to be defending her husband from being restrained by her brother after Ofori attacked her.

“No, it’s not OK Barbara, it’s not OK. You cannot defend him,” a woman, who appears to be her sister, says.

“You cannot always be assaulted and you sit back,” her brother tells her. “Call the cops!” he says as he lands a few blows to Ofori’s head.

His wife urged her brother-in-law not to call the police as it would only “escalate” things.

Police said the couple had been estranged and had not been living together for about three months.

On its website, Floodgates of Heaven International Ministries describes Ofori, who was born in Accra, Ghana, as “a powerful internationally known prophet of the Most High God.”

“Prophet Ofori accepted God’s sovereign commission for his life at an early age. He attributes his zeal for God to his parents who instilled the fear of the Lord in the hearts of all five of their children. He and his three brothers are highly sought after crusade and revival speakers,” the church said, citing his extensive spiritual gifts.

Prophet Elisha Salifu Amoako, founder and general overseer of Alive Chapel International in Ghana, told Adom FM that Ofori suffered a “calculated witchcraft attack” and he had warned him this would happen.

“I visited them; his wife complained to me about their situation,” Amoako said. “I spoke to them. I went to him on a different day and told him he should be careful, otherwise, he will kill his wife. Whatever has happened was caused by a spirit that is haunting the gentleman.”

He argued that he knows Ofori to be a very sober man and the only explanation for his actions is “witchcraft.”

“People are whining on social media but they don’t even know the man. I know him. I know them. I prophesied they’d go to America before they left the shores of Ghana. I repeat, something is haunting the gentleman. Whatever has happened is pure witchcraft; it is a calculated witchcraft attack on him,” he said.

In a recent interview with The Christian Post, an official from Ofori’s church said they saw no evidence that there was trouble in their marriage and remembered Tommey as “a very beautiful person, inside and out.”

Ofori is currently facing a charge of first degree murder and life in prison if convicted, according to Orange County Court records, as “the proof is evident and the presumption is great.”

Tribes in a Flux: San people

News24.com | Johnson tells UK to work at home for 6 months as virus spreads

Time for American Companies to Remember Who Their Friends Are

10 Charged with Burglary in Looting of Milwaukee Sneaker Store

‘The Five’ react to RNC speakers unleashing attacks on Biden

Trump disagrees with Fauci, thinks ‘they should open the schools, absolutely’

National Security Advisor: Trump, the Deal-Maker, Will Be Known As the 'Peace-Maker'

Pandemic behaviour: Why some people don’t play by the rules