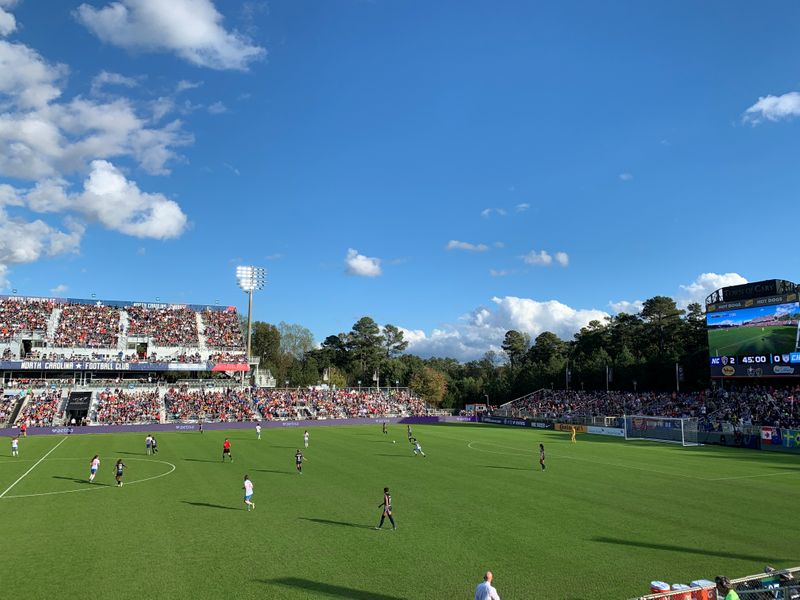 (Reuters) – The National Women’s Soccer League (NWSL) Challenge Cup final kicks off on Sunday between the upstart Houston Dash and Chicago Red Stars a month after the league returned from the COVID-19 hiatus, the first in North America to do so.

A year since the U.S. national team won a fourth World Cup, Commissioner Lisa Baird said the goal was simple — to build on the momentum for the women’s sport on a tight timeline and show live sport can happen in the novel coronavirus era.

“It was really hard to have this tournament be short,” Baird told reporters. “Four weeks is not a lot of time to win over not only avid soccer fans but casual fans. I think we accomplished that. We’re getting to that second level of casual fan — that’s what we need to do to be successful.”

The announcement this week of a Los Angeles expansion team with owners including Academy Award-winner Natalie Portman, tennis champion Serena Williams and her husband, venture capitalist Alexis Ohanian, added to the lustre.

Putting on a month-long tournament during a pandemic, however, was anything but glamorous, with players living inside a quarantined bubble, playing on a single-site without fans in suburban Salt Lake City, Utah.

“No one had done this, going into this, not us, the NBA, the NHL and the MLS,” said Baird, who added that if the league has the chance to get players back on the field once the tournament is over “we will be doing so.”

That is not to say everyone was intimidated. Dash midfielder Shea Groom, who has scored two goals in the tournament, told Reuters she quickly hit her stride in the “bubble” environment.

“For me this year — whether it was going to be a regular league season or the Challenge Cup — (the key) was consistency,” said Groom.

“I’m not sure exactly what changed – maybe it’s the environment and just being surrounded by different players — but there’s definitely been a freedom for me, feeling like myself again.”

After powering past the Portland Thorns in the semi-finals, the underdog Dash are ready to face the Red Stars, who are out for redemption after a demoralising 4-0 thrashing in last year’s NWSL championship final to North Carolina Courage.

The Chicago team comes equipped with top talent including U.S. national team goal keeper Alyssa Naeher, who has made 18 saves during the tournament, and 2019 U.S. Soccer female player of the year Julie Ertz.

Youth killed in another shooting in Seattle’s occupied protest zone

Saying contact tracing is difficult is a ‘lame excuse’, says WHO boss

Nobel politics: Do Thunberg and Trump have something in common?

How to Designate and Fortify a Safe Room

Barbecue Baptist Church Delivers Meals, A Message and a Little Levity amid Pandemic

Safari animals treated to ‘zongzi’ ahead of festival in Yunnan

Anderson Cooper to MYPILLOW CEO: ‘You really are like snake oil salesman’…

Nihilism, Nietzsche, and our Cultural Crisis

How Do I Pay For Home Repairs And Also Pay Off Debt?