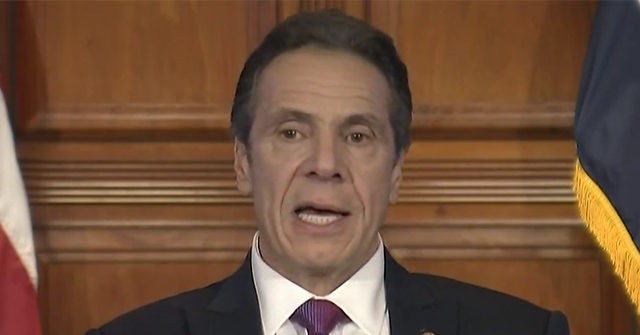 An accused rapist released from Riker’s Island in New York due to the Chinese coronavirus pandemic was arrested for allegedly raping a woman in Brooklyn days later.

Robert Pondexter, 57-years-old, had been detained in jail on rape charges when he was released due the coronavirus pandemic. Gov. Andrew Cuomo (D) had ordered state prisons to release thousands of inmates to comply with social distancing guidelines.

According to the New York Post, Pondexter was walking on a sidewalk when he allegedly forced a 58-year-old woman into a school parking lot. Pondexter, according to law enforcement, allegedly made the woman perform oral sex on him, choked her, and attempted to rape her.

The woman was eventually able to kick Pondexter off of her. The attack occurred just 10 days after Pondexter had been released from Riker’s Island under Cuomo’s directives.

Now, Pondexter has been charged with rape, sexual abuse, and criminal possession of crack cocaine.

The Brooklyn District Attorney’s office told News 12 that Pondexter’s “parole hold was lifted and he was released after it was revealed in court that his case was going to be dismissed because the victims were not cooperative,” explaining his release from Riker’s Island 10 days before the alleged rape.

As of April 20, New York City had released more than 1,500 inmates from prisons due to the coronavirus even as some crime, such as car theft, has skyrocketed in the midst of Cuomo’s statewide stay-at-home orders.

IT’S TIME TO TURN OFF THE NEWS: Why Coronavirus Could Be The ‘Divine’ Conspiracy | Dr. Joe Vitale

Brussels and UK at odds over proposed EU office in Belfast

The Models, the Tests and Now the Consequences

Expelled for Sexual Misconduct and Falsely Accused of Having HIV, an Indiana Wesleyan Student Had To Take an STD Test During the Coronavirus Pandemic