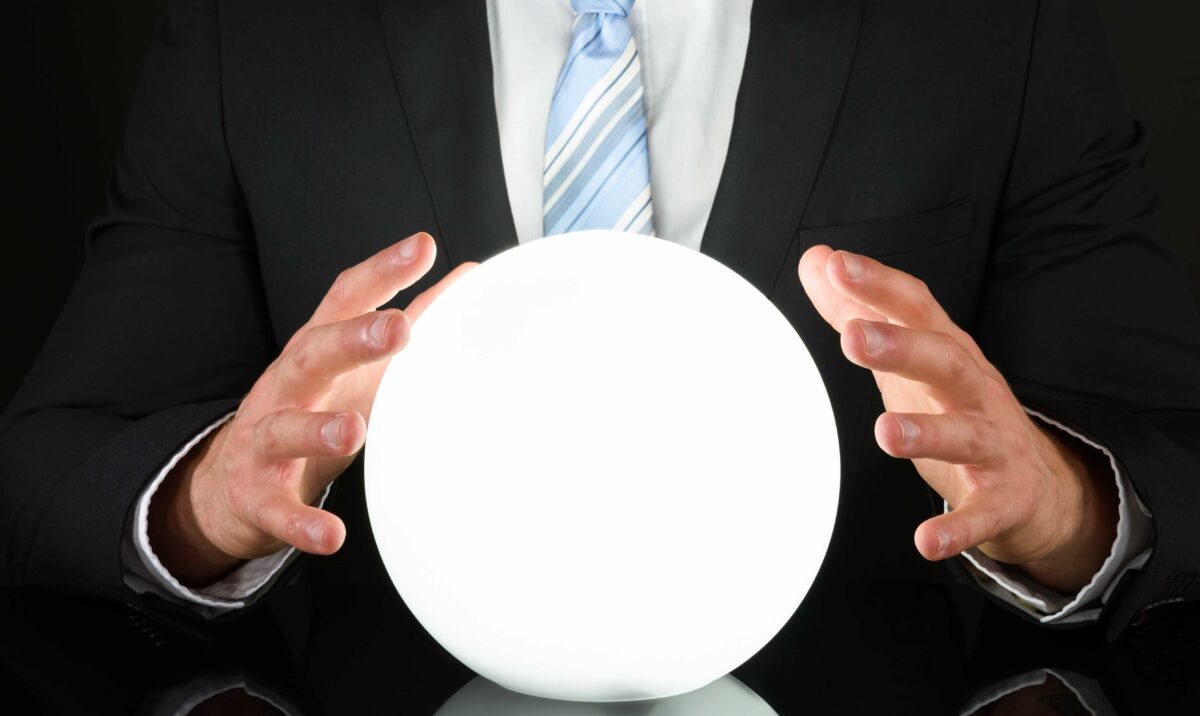 On the night of Tuesday, Nov. 8, 2016, and in the wee hours of Wednesday, Nov. 9, 2016, Donald Trump became U.S. president-elect. I am not aware of a single media source that predicted that. Many predicted Hillary Clinton would win. Some stayed out of the fortune-telling game.

The most striking thing was the lack of admission running up to election night that the experts were all making guesses. “Of course they were making guesses, no one has a crystal ball,” the rational observer might say, but petabytes have been dedicated to making the social sciences and all of their guesswork appear like, well, “science.” That means that it’s all very measurable and clear, when it actually isn’t.

Science, on the other hand, is science. Observable details can be used to solidify hypotheses into theory. Sometimes facts are even arrived at, though theory is usually the best a scientist can hope for.

And then there is the murky area between the two, where scientists use models to predict the future.

This starts to look a lot like when psephologist (election scientist), sabermetrician, and prognosticator Nate Silver in the weeks and months before the 2016 election replaced the term “algorithm” with the suggestion of fact, or referenced a peer-reviewed, proprietary model that one is supposed to believe tells the future. There is no question that the vast portion of social scientists who make predictions want their model to be seen as a crystal ball. “Algorithm” is a fancy word for “guess.” “Model” is a fancy word for “guess.”

The work is built on presumptions that are not philosophically or logically solid, but then a lot of math is used to cover up the illogical and unsteady foundations.

Hundreds of academic authors that I encounter over the course of a year cannot have a logically sound conversation or write logically sound arguments. They fail at the foundation of their arguments, yet proceed to built atop that unsteady foundation, knowing that few will notice. This is intellectual dishonesty, also known as lying. So rooted they are in the social scientist’s belief that their field is a science and that modeling can plausibly predict the future that some may not even be aware of the fundamental shortcomings of such a professional outlook. Yes, perhaps they themselves do not even notice the lie that they profess.

There are economists that put lots of math on top of bad presumptions. Metrics can be incredibly valuable in understanding a discipline or theory. When the logical foundation is faulty, though, the metrics may simply be window-dressing that adds legitimacy where none belongs. Complicated terminology can have the same purpose. Laymen have long understood that con-artist politicians, con-artist salesmen, and con-artist academics alike have opaque jargon, the use of which seems to demonstrate an unwillingness to be understood.

Warwick McKibbin and Roshen Fernando of Australian National University, the authors of a paper about the tens of millions who will die from coronavirus that has been widely cited in the media (“The Global Macroeconomic Impacts of COVID-19: Seven Scenarios“) show off their crystal ball.

To their credit, the corona prognosticators did a good job of stating pretty clearly: “We don’t really know what we are talking about; we are really just guessing” (actual quote: “These results are very sensitive to the assumptions in the model, to the shocks we feed in and to the assumed macroeconomic policy responses in each countries [sic]”), and “Our scary death counts are not reliable and are not even the focus of our work or this paper, we are doing this to provide some sort of economic estimate for people to start working with” (actual quote: “The goal is not to be definitive about the virus outbreak but to provide important information about a range of possible economic costs of the disease. At the time of writing this paper, the probability of any of these scenarios and the range of plausible alternatives are highly uncertain. In the case where COVID-19 develops into a global pandemic, our results suggest that the cost can escalate quickly”).

They also openly admit, “Our intent is to profess political support for global bureaucratic structures in health and medicine and to call for shifts toward better funded and socialized medical systems” (Actual quote: “Many governments have been reluctant to invest sufficiently in their health care systems, let alone public health systems in less developed countries….This study indicates the possible costs that can be avoided through global cooperative investment in public health in all countries”).

The most important takeaway from the paper is not a prognostication, but an observation from the past, the notion that social contagion is the great ill that results from an outbreak, not the contagion itself: “From studying many outbreaks, the real risk is not the disease but public and governmental reaction to the fear of the disease,” (Actual quote: “The fear of an unknown deadly virus is similar in its psychological effects to the reaction to biological and other terrorism threats and causes a high level of stress, often with longer-term consequences (Hyams et al., 2002). A large number of people would feel at risk at the onset of a pandemic, even if their actual risk of dying from the disease is low.”)

If you read the 44-page paper, uncertainty around the data and biases are disclosed by the authors.

But the media took it and ran with it for a salacious headline. The Chicken Littles of the world ran with it. The politicians, emergency services, military, and public health bureaucrats, seeking greater control for themselves, ran with it.

This is all predictable. What is far from predictable is whether you or I will believe any of this salacious nonsense. We don’t need to fall for it. We can look at the prognostication of 15 million deaths by corona, along with anyone who cites it as if it were fact, and challenge them quietly or openly as a heretofore discredited and unreliable person using an unreliable source in a moment where reliable journalism and sources are so badly needed.

Generations, centuries, millennia of humans around the globe have known what November 2016 reminded an entire country of: no one has a crystal ball.

Let us not forget this valuable lesson so quickly.

Whatever you choose, any person lying to you—economist, social scientist, prognosticator—deserves the same skeptical treatment across disciplines, because charlatans find their way into every discipline.

Skepticism is the proper tool to use with any holder of any crystal ball. That is true, regardless of the complexity of the algorithm that they claim shows irrefutable proof of what the future will bring one day from now, one year from now, or one century from now.

The future is unknown to us and investing all of a society’s options in one path is detrimental to a successful outcome. One way that free societies have long prospered is by allowing individuals to produce many varying paths, some of which work, some of which fail. That is the risk mitigation method of freedom and individual choice. A single, unified path that no one may oppose removes a great deal of risk mitigation and forces many to make a single bet on a single path. That is a truly foolish idea given the fact that no one has a crystal ball.

To believe in the utility of central planning you must be able to fall for the idea that someone somewhere has a crystal ball. Individual freedom is not only moral, it provides utility and risk mitigation in moments of crisis, precisely like the one we now face.

American federalism provides for fifty experiments. Individual freedom in America provides for 330 million experiments. Some win, some lose. That’s life. Authoritarianism that drags everyone down a common path merely ensures that all will eventually lose.

Allan Stevo is a libertarian thinker and author of “The Bitcoin Manifesto.” He is a blogger at 52 Weeks in Slovakia.

This article was originally published at Mises.org.

How Beijing Is Exploiting The Pandemic To Expand Its Global Power

Quarantine Protesters in Michigan Show Up with GUNS

AOC Says You SHOULDN’T Go Back to Work. Here’s Her Dumb Reason … [VIDEO]

Uneasy lies the head that wears the coronavirus

Let’s Take Back Our Country. Big Bang on May 1st.