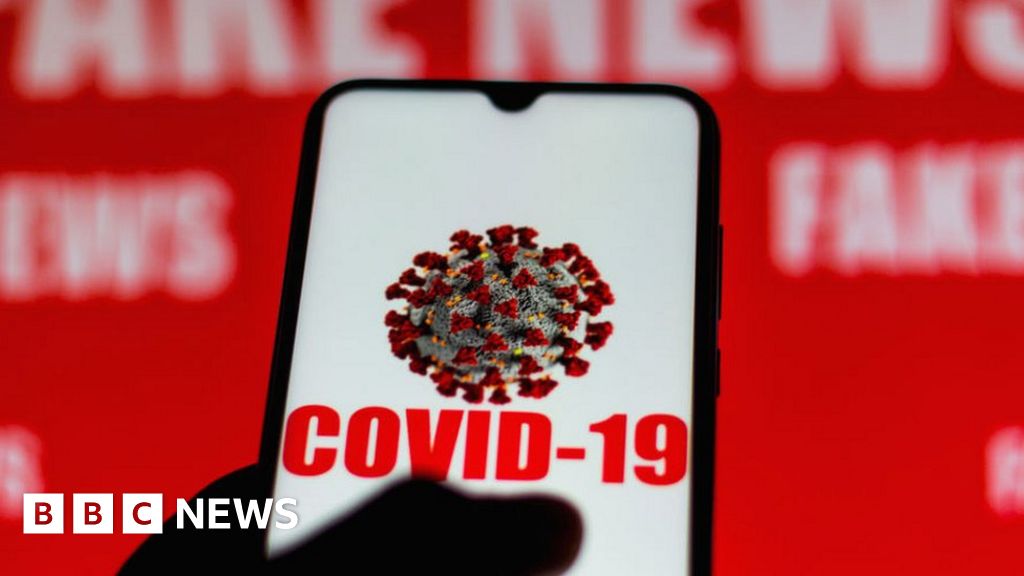 Fake or misleading news can have a real impact on those who find themselves the targets. This has been a particular problem in India during the coronavirus pandemic, where reliable sources of news are frequently drowned out by unverified information online.

False information has had serious consequences for minority communities as well as some business sectors such as the meat industry.

The Reality Check team has looked at the extent of this misinformation and some of those directly affected.

India’s religious fault lines are an important theme across false stories spreading online, something that has been further highlighted by the coronavirus outbreak.

We’ve looked back at claims debunked by five Indian fact-checking websites between January and June this year.

They fall under four broad headings:

Of the 1,447 fact-checks on five Indian websites, claims around coronavirus dominated, making up 58% of them.

This was largely related to false cures, lockdown rumours and conspiracy theories about the origins of the virus.

In the period between January and early March (before the coronavirus outbreak took hold), fake news was dominated by the Citizenship Amendment Act, a new law that offers citizenship to people from three neighbouring countries, but only if they are not Muslim.

The law led to protests across the country by those who said it would marginalise Muslims.

Riots in mainly Muslim neighbourhoods in north-east Delhi in February also fuelled a lot of misleading claims around that time.

This included doctored videos, fake images, the reusing of old videos and images in a different context, fake messages, and messages with fake attributions.

What happened when coronavirus hit India?

Our analysis found that misinformation targeting Muslims spiked in the first week of April.

This was after several members of an Islamic group called the Tablighi Jamaat, who had attended a religious gathering in Delhi, tested positive.

In several parts of the country, there were calls for an economic boycott of Muslim businesses.

Vegetable seller Imran – who didn’t want to use his real name – told the BBC that when a fake video on WhatsApp said to show a Muslim man spitting on bread went viral, calls for a boycott of Muslims grew.

“We were scared to enter villages where we would usually go to sell vegetables,” said Imran, who lives in Uttar Pradesh state.

Imran and other vegetable vendors from his community now only sell their produce at a city market.

In the capital Delhi, the Minorities Commission, which works to safeguard the rights of minority communities, formally notified the police of the need to act against people stopping Muslims from entering residential areas or carrying on with their business.

“Not only people who were associated with the Tablighi Jamaat [were attacked], there were attacks on Muslims in all parts of India,” Zafarul Islam, the chairman of the commission, told the BBC.

False claims were also widely spread in India that eating vegetarian food and eliminating meat from your diet could prevent you getting coronavirus.

The government launched campaigns to stop the spread of such misinformation.

These false WhatsApp messages and social media posts had an impact on both Muslim and non-Muslim groups alike who were involved in the meat industry.

The Indian authorities made an assessment that by April, misinformation about meat-eating generally had contributed to losses of up to 130bn rupees (£1.43bn) in the poultry industry.

Poultry is one of the main forms of meat consumed in India.

“We were giving away chicken for free because we didn’t know what to do with the stock,” said Sujit Prabhavle, a meat trader in the western state of Maharashtra.

“I saw a message on WhatsApp that said eating chicken would spread coronavirus, so people stopped buying meat,” said Touhid Baraskar, another meat seller from Maharashtra.

Some of the most viral false information has included fake claims that former top Indian cricketer Sachin Tendulkar had asked for meat shops to be shut.

“When misinformation comes from sources they trust, people will believe whatever comes their way without fact-checking it,” said Pratik Sinha, founder of Alt-News, a fact-checking website.

The meat industry was not the only victim of fake news.

The fall in sales in the poultry industry had a major knock-on effect on the sale of eggs, and of maize – which goes into much of the feed for chickens.

The sale of eggs fell by 30% in Delhi, 21% in Mumbai and by 52% in Hyderabad in Telangana state between January and June, according to official data.

Maize farmers are now selling their produce up to 35% lower than the minimum support price offered by the Indian government as a result of the fall in demand.

Send us your questions

There Was a Special, Extra Payload Onboard SpaceX’s Historic Launch Yesterday

The Pyramid Scheme Syndrome is Real

Secret ballot at WHO: How did Dr. Theresa Tam vote in January on COVID-19 response?

Catch 45: Only Donald Trump Can Save Washington

Nihilism, Nietzsche, and our Cultural Crisis

The most comprehensive map of The Moon’s geology

Can PM Netanyahu move on sovereignty without the Trump peace plan?

From social media to the streets: 'Gen Z' activists rally