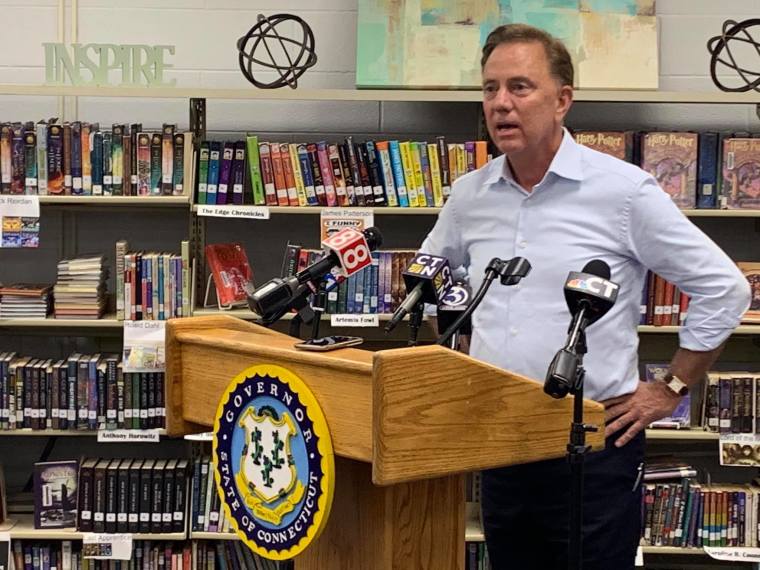 Connecticut Gov. Ned Lamont is coming under fire from religious and political leaders in his state for suggesting that black churches should lead support for a coronavirus vaccine. His suggestion comes at a time when a majority of U.S. voters continue to express reticence about being first in line to get it.

The controversy over black churches and the coronavirus vaccine erupted last week after Lamont cited a recent study that showed African Americans and Hispanics were more likely to get tested for COVID-19 than whites, but less willing to be vaccinated, according to the Hartford Courant. Only 38% of black respondents compared to 67% of whites said they would get the coronavirus vaccine, according to a recent Siena College Research Institute/DataHaven survey of Connecticut adults.

“I’ve got to do a better job in education,” Lamont said. “I’ve got to do work with the churches. I’ve got to do everything I can to give people confidence that we would never be asking you to first get tested and then try a vaccine until we’re absolutely certain it’s safe. … That’s something we’re going to have to work on every day.”

Shortly after he made that statement, state Sen. Douglas McCrory asked on his Facebook page: “Governor Lamont just mentioned he was going to work with the Black churches to encourage the use of a vaccine for COVID-19. What do you think about that?”

McCrory was overwhelmed with responses and he told the Hartford Courant that he thought it was unusual for the governor to focus on black churches the way he did.

Noting that the vaccine is being rushed, he asked, “Why encourage the black community to take part in something that most people would probably be afraid of taking themselves, understanding the historic relationship between the medical industry and the black community?”

That historic relationship between the medical industry and the black community involves what many have come to know as the Tuskegee trial. From 1932 through 1972, the U.S. Public Health Service conducted a study of the effects of untreated syphilis in black men in Macon County, Alabama. The men in the study were offered free medical care and burials, but not penicillin, which became the recommended drug for treatment of syphilis in the 1940s, The CT Mirror noted.

“Don’t come to our churches and try to convince us because when you try to convince me of something, it tells me that you’re hiding something. If you present me with the truth, the truth will prevail. Give me the facts, give me the data, and then I will make a decision and then you don’t need to convince me,” Lindsay stressed at her press conference.

Archbishop LeRoy Bailey Jr., senior pastor at the 11,000-member First Cathedral in Bloomfield, asked, “My main issue is this: Why doesn’t [Lamont] work with the white churches first, or the Spanish churches?” as reported by the Hartford Courant. “Why pull out the black churches? Why should we trust this? Why not have a conversation with the African-American pastors first to see our take on it?”

Latinos and non-Hispanic black individuals are hospitalized for COVID-19 at a rate that is 4.7 times higher than the rate of non-Hispanic white people, according to the Centers for Disease Control and Prevention.

David Satcher, former surgeon general in the Clinton administration, said during his time with HHS, the government partnered with a national group of black churches to promote immunizations in children before age 2. At the time, immunization rates were below 30% overall and lower in the black community.

“People are not going to necessarily always trust us, but they might trust the church,” he said. “So that’s what we took advantage of, and it worked out quite well.”

Current Surgeon General Jerome Adams said he visited the 10 largest churches in the country over the summer.

Bishop John L. Selders Jr., organizing pastor of Amistad United Church of Christ in Hartford, noted that many in his congregation are being cautious.

“You can’t help but hear the echoes coming from Washington that say we’re going to have a vaccine maybe before the election, how it’s being used in a political context,” Selders told the Hartford Courant. “It’s very hard to be able to hear and have confidence, quite frankly, in what might be offered.”

Coronavirus in South America: What the Death of a Maid Means for Brazil

‘I Wish We Taught More in Schools about the Islamic Faith,’ Joe Biden Asserts during Summit

How to get Extra from Your Vegetable Garden | Harvesting Tips

Trump disagrees with Fauci, thinks ‘they should open the schools, absolutely’

Did We Make A HUGE MISTAKE? Painting OSB Walls In Our DIY Tiny Home Barndominium

Meadows: If it’s OK to protest, it’s certainly OK to vote in person