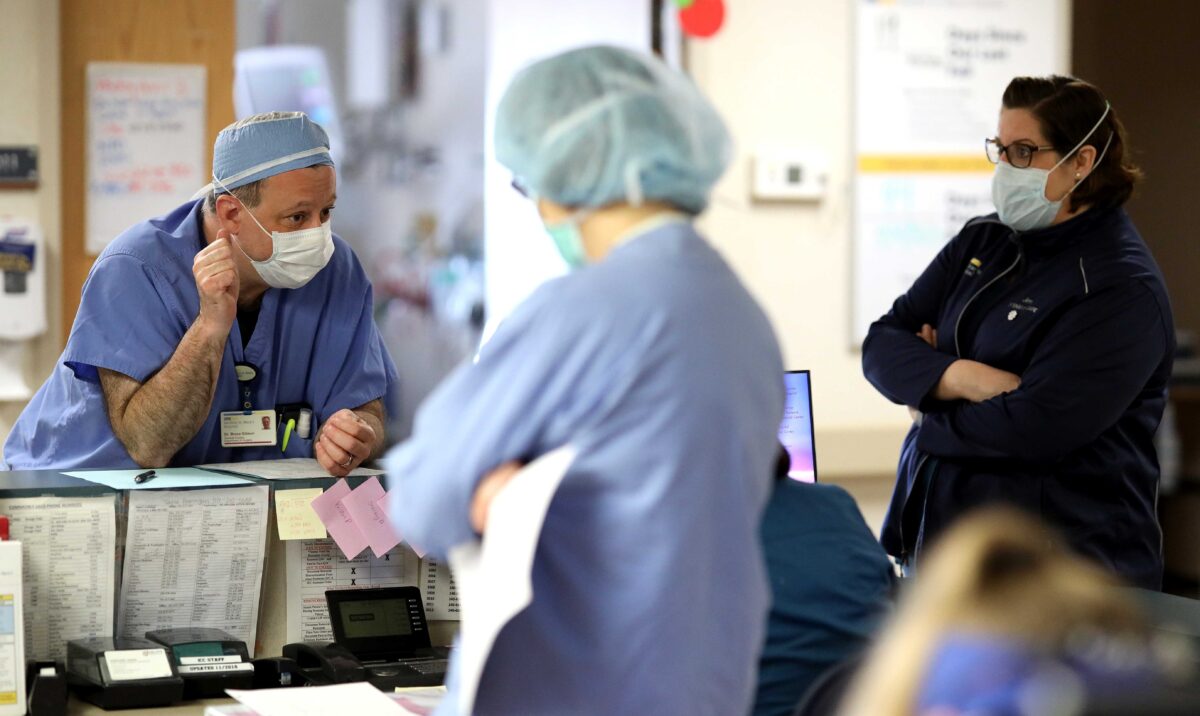 Right now, American doctors and nurses are the frontline warriors fighting the coronavirus. Our nation needs to support the very people who are putting their lives in harm’s way to protect uninfected Americans.

What many doctors and nurses are doing today is the definition of courage.

In my lifetime, I remember the first responders, police, and firefighters who rushed to the Twin Towers on 9/11 to do their job and save lives. Sadly, 343 firefighters and 23 NYPD officers died on that fateful day. I will never forget going to a bar near the World Trade Center in 2004 and looking at softball jerseys from different teams hanging from the walls honoring the first responders who were killed on 9/11.

Today, we have doctors and nurses who are putting themselves in grave danger to help people to live. Every doctor and nurse knows that he or she might expose themselves to the coronavirus and it might be deadly.

In these difficult times, the doctors of the United States also deserve our applause and prayers.

The New York Times reported in an article titled “Nurses Die, Doctors Fall Sick and Panic Rises on Virus Front Lines” on March 31, “The coronavirus pandemic, which has infected more than 30,000 people in New York City, is beginning to take a toll on those who are most needed to combat it: the doctors, nurses and other workers at hospitals and clinics.”

One nurse was quoted as saying, “I feel like we’re all just being sent to slaughter.” Many don’t have appropriate protective gear, and they are well aware of the grave risk they are facing.

There are two priories that Congress needs to put first to help doctors and nurses fight the coronavirus outbreak.

Second, Congress should not pass legislation that will put more of a burden on doctors. The current approaches toward solving the complex Surprise Medical Billing issue are not doctor friendly. Congress is working on a fourth bill to address the coronavirus.

The Hill reported, “House Democratic leaders are racing ahead with plans to craft another round of massive coronavirus relief, promoting a huge job-creation package despite growing objections from Republicans wary of piling costs atop an already unprecedented stimulus effort.”

The Nancy Pelosi approach is being sold as the next necessary installment of coronavirus response legislation, yet this idea sounds more like a traditional spending bill than the last one. Reports indicate that Democrats are likely to push for paid leave for those not covered in prior legislation and a massive infrastructure spending plan.

Nobody really believes that roads and bridges are going to solve the economic displacement caused by the government response and the medical impact of the coronavirus, but that will not stop left-leaning politicians from using the crisis to push us toward even more government control of the economy.

If they take a run at the Surprise Medical Billing issue, then they will force price controls and the financial burden to doctors at a time when they have enough to worry about. This bill will end up containing the kitchen sink of left-wing ideas that have zero to do with the coronavirus.

Doctors train their whole lives for moments like this. They go to medical school for four years after securing an undergraduate degree, then complete anywhere between three and seven years of residency training before they become a full-fledged doctor. Nurses are the first people who interact with sick patients when they seek care.

Our politicians in Washington should be looking for every way to help doctors and nurses right now.

Brian Darling is the president and founder of Liberty Government Affairs and a former counsel and senior communications director for Sen. Rand Paul (R-Ky.).

'Why Is a Liquor Store Essential and I'm Not?' Asks Store Owner During N.Y.C. Coronavirus Lockdown

President Trump Predicts Coronavirus Vaccine By the End of the Year

No Words for This

Official Tells Chinese in Russia- Do not come back

Short of Another Great Awakening, America May Split Up … Or Worse

Feds: China Sends More Foreign Students to U.S. than Any Other Nation