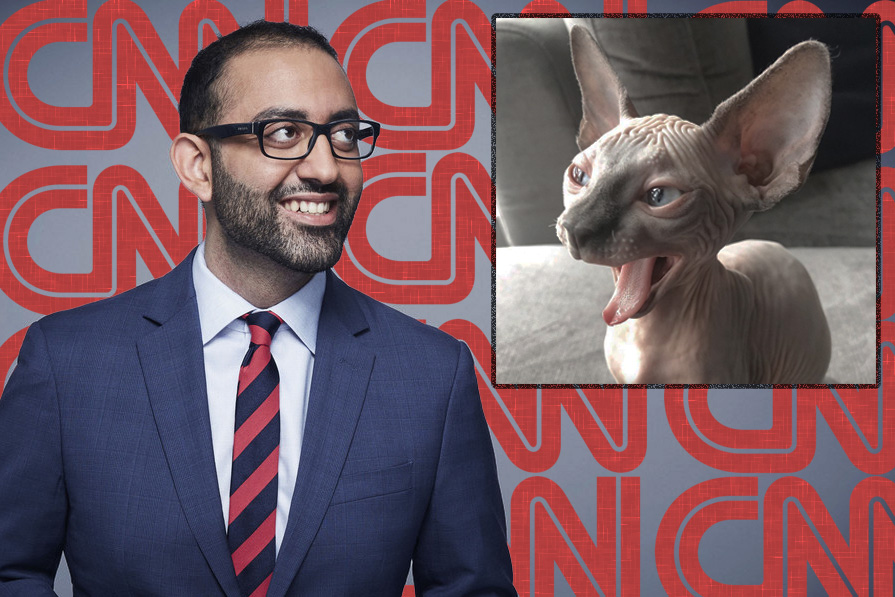 The leftwing CNN journalist best known for having slightly more hair than his colleague Brian Stelter is also a cat owner, according to social media posts reviewed by the Washington Free Beacon.

Oliver Darcy, the Robin to Stelter’s Batman in the Reliable Sources universe, recently acquired Albert, a hairless kitten that “closely resembles a little goblin.” Darcy made his cat ownership official in a post on Albert’s “personal” Instagram account.

Albert is a Sphynx, considered to be one of the most expensive cat breeds in the world, according to People magazine. He is the same breed as Grandma Wrinkles, feline star of the Real Housewives of New Jersey.

Albert Darcy is already a big fan of Brian Stelter and his new book, Hoax: Donald Trump, Fox News, and the Dangerous Distortion of Truth, which was panned by the New York Times for “name calling” and “gratuitous gossip.”

Prior to owning a cat, Darcy was best known for his public struggle to find comfort during the COVID-19 pandemic. “You really take for granted the office chair, and how much it helps with posture, until you’re spending hours and hours working from the dining room chair,” Darcy tweeted in March.

Bonfire of the Vanities – The Uprising Videocast

This Week in Leftist Violence and Intimidation Vol. 3

The Purge, Pandemonium, and Riots

Why Is George Soros Above Scrutiny – Even on Fox News?

CIVIL WAR: The way America could end in 2020

Party of Projection: The people setting fire to the Constitution warn that democracy is in danger