Originally published on on 2020 05 13 by Steve Watson https://www.infowars.com/china-places-second-city-on-lockdown-over-early-signs-of-dreaded-second-wave/ 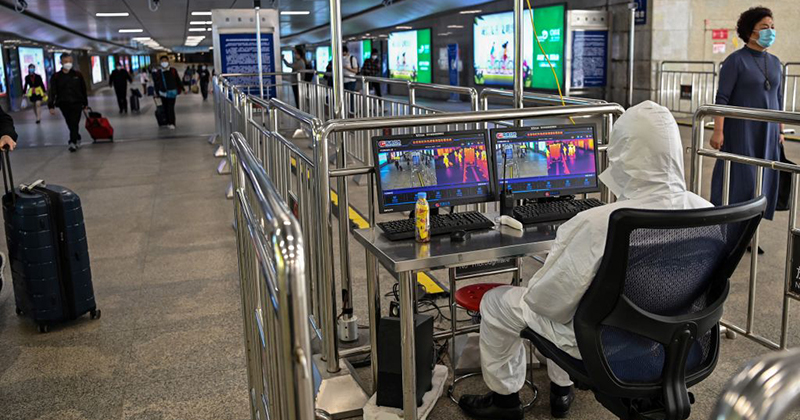 Two cities in northeastern China have imposed travel restrictions and gone into temporary lockdown amid a new cluster of coronavirus infections which have sparked fears of an impending second wave sweeping the country.

Wuhan, the original epicenter of the coronavirus pandemic, reported at least five new indigenous cases of infection on Monday, adding further to concerns that China may not have entirely vanquished the coronavirus just yet.

Since then, the northeastern Chinese city of Jilin imposed fresh travel restrictions following confirmation of six new infected patients on Tuesday, five of which were traced directly to a case in the neighboring city of Shulan.

Owen emphasizes how necessary it is for our safety that the level 4 biosafety labs be shut down.

“In order to cut off the spread of the epidemic, we have decided to implement control measures in the urban area of Jilin,”the city’s vice mayor Gai Dongping told local media on Wednesday.

Meanwhile Shulan, a city of 700,000 residents, adjusted its risk level from medium to high over the weekend, after confirmation of 14 new cases of coronavirus infection, less than seven days after Beijing declared every region in China to be low-risk.

At time of writing, Shulan is the only area of China designated high risk, as public spaces have been closed and residents have been ordered to stay at home.

Both cities are near to China’s borders with both North Korea and Russia, and they have therefore suspended all inbound and outbound passenger trains.

China’s two current outbreak clusters, in the northeast and in Hubei province, where the pandemic originated late in 2019, are hundreds of kilometers apart, prompting concern that the dreaded second wave of infection may descend on the country not long after the nationwide lockdown was lifted.

Wuhan’s Communist Party Secretary Zhang Yuxin was fired over the weekend for his “poor control of the disease” after six new cases were reported in one Wuhan neighborhood.

“We must resolutely contain the risk of a rebound,” Wuhan’s health authority said in a statement on Monday.

According to Johns Hopkins University Coronavirus Resource Center, as of May 12, China has had 84,010 confirmed cases of Covid-19 and at least 4,637 deaths.

Infowars’ most powerful product is back in stock! Get DNA Force Plus at 50% off now!

The return of retail stores: If you reopen will they come?

'The Goal Was to Emphasize Diversity': Church Apologizes for Ad Featuring Jesus with Breasts, Wearing Makeup

Finding the 'invisible' millions who are not on maps

The deep history of police