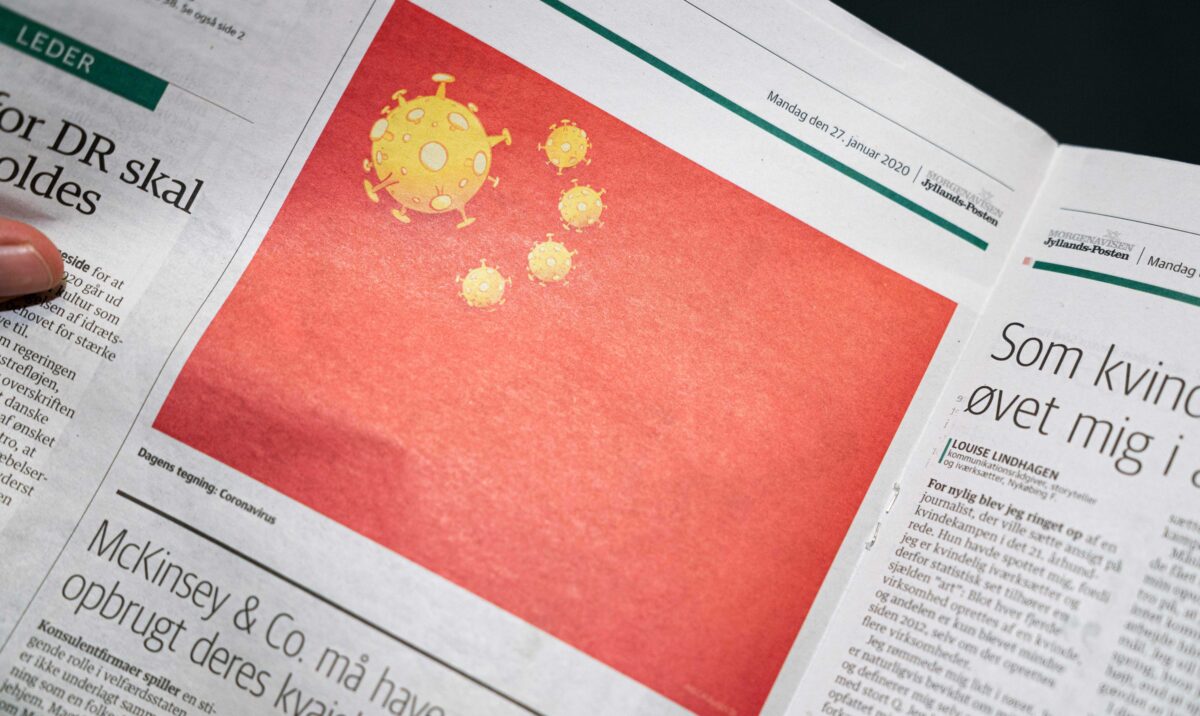 We’ve known for years that China lies and cheats and steals when it comes to international trade. Now we’ve learned that it also spread the deadly disease COVID-19. Donald Trump ran for president five years ago as the ultimate China hawk on trade, and he was way ahead of the curve for protecting against China’s devious behavior. He saved countless lives here in the United States by shutting down travel from China back in February.

But even Trump didn’t see how mendacious this tyrannical regime under Chinese leader Xi Jinping could be in terms of concealing a disease that has killed close to 200,000 people. And the number of body bags grows by the day.

My former colleague, Holman Jenkins at The Wall Street Journal, has chronicled Beijing’s misbehavior and coverup. He notes that internal records recently made public reveal the politburo in China knew by early January that Wuhan, a city of more than 10 million people, had a fast-spreading and, in some cases, fatal disease on the move. He writes that by mid-January, “China’s government took steps to expel certain foreign reporters from Wuhan, and then from the country, as well as to silence and threaten with arrest doctors, scientists and local journalists who sought to track the outbreak.”

Conspiracy theorists claim China deliberately created the virus in a lab as a weapon of mass health destruction and snuck it into the United States. That’s very unlikely, but in the end, it doesn’t matter what Beijing’s intention was. In either case, the crime of the cover-up of a deadly and highly contagious disease speaks for itself.

The question now is, what will be the remedy? I believe in free trade, and we’ve benefited from very cheap imports from China, though they have benefited more. Now, they are complicit in sabotaging the U.S. economy and the trillions of dollars of lost wealth that could have been avoided if the second-largest economy in the world had acted humanely and responsibly by sounding the alarm.

We know that the “Made in China 2025” plan has one overriding goal, which is for the Chinese to replace the United States as the world economic superpower. Was spreading a disease that would flatten the U.S. economy part of the plan? I doubt it, as I don’t think this regime is smart enough to have pulled it off. But the outcome sure played into Xi’s broader world dominance designs.

In the wake of this scandal, many firms are rethinking China’s reliability in the global supply chain. Several CEOs of Fortune 500 companies have said they will bring production home or closer to home. This could be very painful for China if this exit strategy becomes a trend. Let’s hope so.

Some government officials are talking about kicking China out of the World Trade Organization or forcing Beijing to pay a fine. That is nothing but a slap on the wrist.

The most intriguing idea comes from Tennessee Sen. Marsha Blackburn, who proposes that the Treasury Department should stop repayment or interest payments on the $1.1 trillion Treasury bonds owned by China. We need foreigners to buy our debt, and the “full faith and credit” of the U.S. government stands behind these bonds. But the government could make a strong case that China owes us reparations for its role in flattening our economy.

China needs to learn that its constant violation of the laws of civilized society will not be tolerated. Blackburn may be on to something here. Trump used to say that China is laughing behind our backs, but this move would turn its laughter into a self-righteous rage.

Stephen Moore is an economics journalist, author, and columnist. The latest of many books he co-authored is “Trumponomics: Inside the America First Plan to Revive Our Economy.” Currently, Moore is also the chief economist for the Institute for Economic Freedom and Opportunity.

Schiff: Lives Would Have Been Saved If Only Trump Had Been Impeached And Removed

Who Wrote This Pro-Communist China Article? CNN Or Xi Jinping?

Ripe For Chaos: How The Great Reset Will Shake Us To Our Core

Roughly 14% of New Yorkers Have Had Coronavirus, Gov Cuomo Says

Italy to start easing lockdown measures from May 4

Opponent: Ocasio-Cortez 'Out of Touch' for Voting Against Pandemic Stimulus