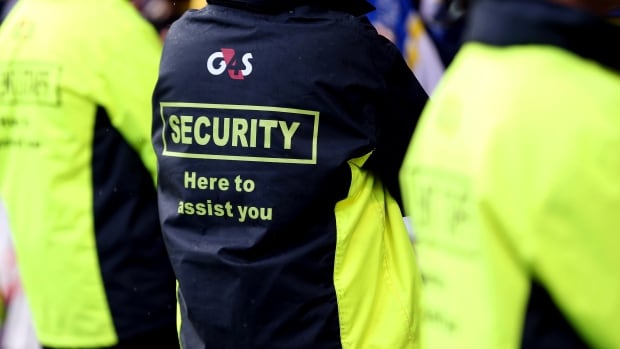 GardaWorld, the world’s largest privately owned security company, said Monday it was making a cash offer worth 3 billion pounds, or $5.2 billion Cdn, for G4S, a London-based rival that has rejected or ignored the Canadian company’s previous approaches.

Montreal-based GardaWorld said it decided to publicize its revised bid of 190 pence per share to pressure G4S’s board into talks.

G4S responded by saying the bid “significantly undervalues the company and its prospects.”

“Shareholders are strongly advised to take absolutely no action in relation to the new proposal,” G4S said.

G4S shares jumped 25 per cent to close at 182.45 pence on the London Stock Exchange. The stock is still down more than 40 per cent from its peak in June 2017. GardaWorld doesn’t list its shares on a stock exchange.

Since last year, London-based BC Partners has been the controlling shareholder in the Quebec company after reaching a $5.2 billion deal in exchange for a 51 per cent stake. GardaWorld founder Stephan Cretier owns 43 per cent, while the remainder belongs to other managers of the company.

Cretier, who is chief executive officer of GardaWorld, said in a statement that “we believe that the combined business’s operations will offer a better future for all those who depend on G4S.”

He wasn’t available for interviews Monday.

Employees across the world

G4S, which employs more than 500,000 people in 85 countries, said its financial performance has been “particularly resilient” since the outbreak of the COVID-19 pandemic.

In July, G4S posted underlying first-half earnings of 97 million pounds (or about $167 million), the same as for the year-earlier period. Revenue fell 1.5 per cent to 3.35 billion pounds (just over $5.6 billion).

In a letter dated Aug. 31 sent to the board of the British company, Cretier acknowledged that these results have exceeded expectations, which were not very high in the current context.

He also recalled that the first proposal was 102 pence per share, roughly half of the current offer.

Canada and the U.S. put tariff threats on ice, but expect more trade uncertainty amid COVID-19

TikTok says it has 'no choice' but to sue Trump administration over threatened U.S. ban

New BlackBerry-branded 5G smartphones to be released next year

Why most Canadians support the Canada-U.S. border closure, despite the costs