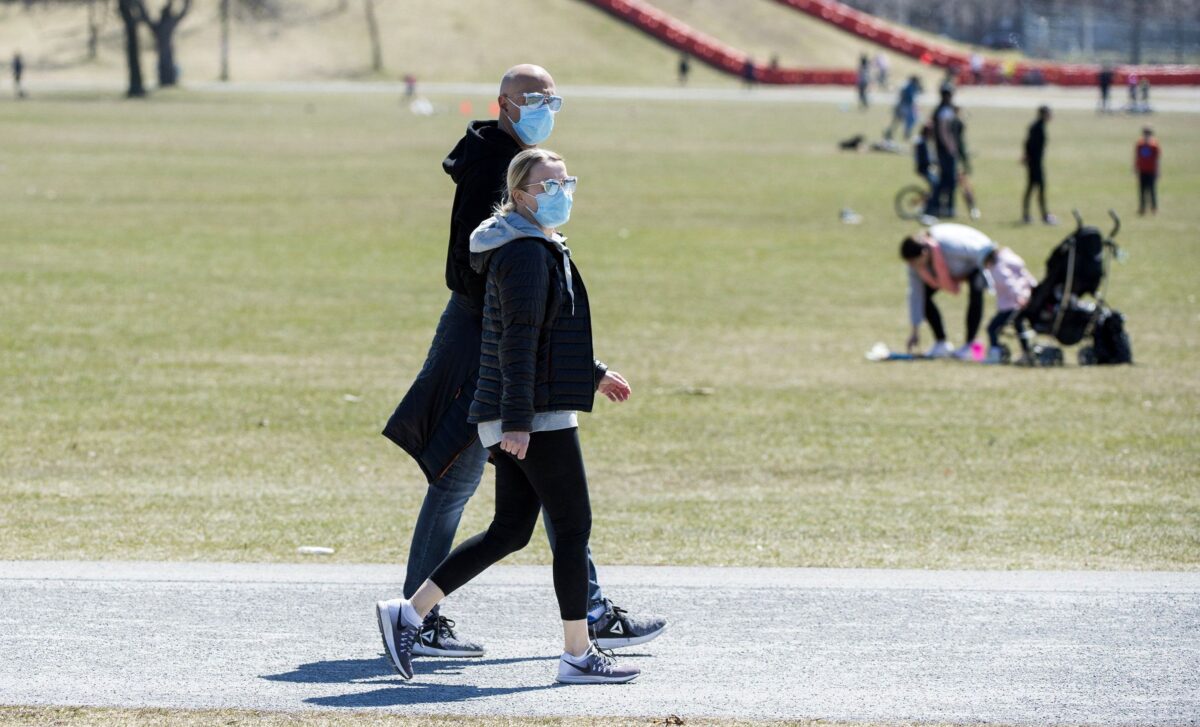 If Canada was in need of a wake-up call regarding its eroded national sovereignty, it has duly arrived in the form of a pandemic and a crippled economy. An examination of our national response to the pandemic reveals significant omissions in the government’s capacity to act autonomously in the interests of the people.

There are serious unanswered questions about the legitimacy of Beijing’s information on the virus outbreak and the willingness of the World Health Organization to propagate it. But it is Ottawa’s reliance on the WHO, coupled with a China appeasement strategy, that has shackled Canada’s ability to navigate the pandemic with the nuance required to mitigate a complicated, evolving catastrophe.

Hindsight is 20/20 and spot-on decisions are not to be expected in the face of a fast-moving pandemic. As such, a degree of leeway must be given to both federal and provincial leaders who have had to make rapid decisions in the face of stark, unprecedented choices. However, this fact should not preclude an examination of their failures, and it now appears that many critical decisions were made without considering all credible data.

The WHO’s propagation of Beijing’s dubious information and its arbitrary praise of the regime’s containment measures should have raised eyebrows from the very beginning. But the U.N. agency’s authority is such that the countries that adhered solely to its recommendations in deciding their course of action have paid a very large price.

In early January, the WHO explicitly stated that there was no evidence of human-to-human transmission of the virus and also advised against travel bans. The validity of these statements was contradicted by emerging evidence of human-to-human transmission coming out of Taiwan, which informed the WHO of its concerns in a Dec. 31 email. But the WHO continued in lockstep with the Chinese regime’s narrative and lobbyists. Even after the WHO declared a public health emergency, it continued to call on countries to avoid travel bans out of fear they could fuel discrimination against China.

This critical period in early January presented Canada with its best chance of preventing the virus from gaining a foothold in the country. But the unquestioning conformity to the WHO’s narrative prevented the crucial consideration of other options, including travel restrictions.

Chief Public Health Officer Dr. Theresa Tam explained her stance that a travel ban “may do more harm than good,” by insisting that measures “that very negatively affect a certain country that’s trying very hard to do its best can impede whether this country in the future will ever share anything transparently with others. … I think the idea is to support China.”

Tam’s statement, and a similar sentiment expressed by federal Health Minister Patti Hajdu, are indicative of the government’s China appeasement strategy and unwarranted veneration of the United Nations and WHO.

Most countries under the WHO umbrella have found themselves in similar circumstances in their battle against the pandemic. It’s worth noting that the outliers who acted independently of the WHO find themselves in a much better place.

Taiwan is a particularly interesting case study in that it has been shut out of the WHO at China’s behest. Instead of being a liability, however, this exemption enabled Taiwan to exercise the autonomy and independent decision-making necessary to implement expedient  and efficient control measures that headed off the spread of the virus at the pass. From quickly implementing travel bans to ramping up domestic production of masks, the island nation gained valuable weeks that successfully mitigated the spread of the virus. Today, life in Taiwan largely goes on as normal.

The pandemic has revealed that Canada’s blanket adherence to the ideology of globalism has hindered its ability to act independently, not only on the world stage but domestically as well.

A few months ago when the anti-pipeline rail blockades were the pressing issue facing Canadians, Prime Minister Justin Trudeau was overseas lobbying for votes to secure a U.N. security council seat—something that was roundly criticized as a distraction that hindered an important domestic response to an evolving economic crisis. Canadians will have little appetite for international politicking when their domestic struggles become more acute post-pandemic.

The U.N. has drifted from its original mandate of fostering international cooperation to being unduly influenced by totalitarian and communist regimes whose agendas are opposed to democratic values. The influence of these regimes has disproportionately dictated the policies of the U.N. and WHO, setting a very dangerous precedent.

For example, in early April China was appointed to a seat on the United Nations Human Rights Council to oversee candidate recommendations for U.N. rights experts. The assumption that China, with its abominable human rights record, should be in a position to criticize the governance of democratic nations is almost comical in its irony. And yet the U.N., with its insistence on value neutrality, fails to recognize the universality of basic human rights or a government’s responsibility to treat its citizens with a modicum of decency.

International institutions are used by China and other totalitarian states to strengthen their economic models and further their own agendas. The good faith of other member countries is seen as naive by these bad actors, who view the concepts of fair trade and trust as attributes to be taken advantage of. Disproportionately influenced by these states, the U.N. and WHO have seen too much moral compromise to wield the power they have been granted.

Each country will emerge from the pandemic awakened to the inherent hazards of being overly reliant on the global economy. Canada, in retaining a high degree of international goodwill, is in a favourable position to capitalize on this reorganization. Our stability and integrity will make us attractive trading partners for the nations who share our values.

Global cooperation will be essential but the institutions that facilitate it will need to be insulated from the influence of those who wish to erode the nations’ sovereignty.

There are rough years ahead, and Canadians will need a government that is wholeheartedly on their side, not just in rhetoric but in action. Whether it’s Paris climate targets or U.N. refugee obligations, global agendas must not supersede our own. As such, the flourishing of the nation must come before arbitrary international obligations to institutions that have proven themselves lacking in transparency and moral grounding.

Ryan Moffatt is a journalist based in Vancouver.