With mass exodus occurring from California and the state on the verge of going broke, Democrats aren’t blaming their decades old misunderstanding of economics – but rather are using climate change as the scapegoat. 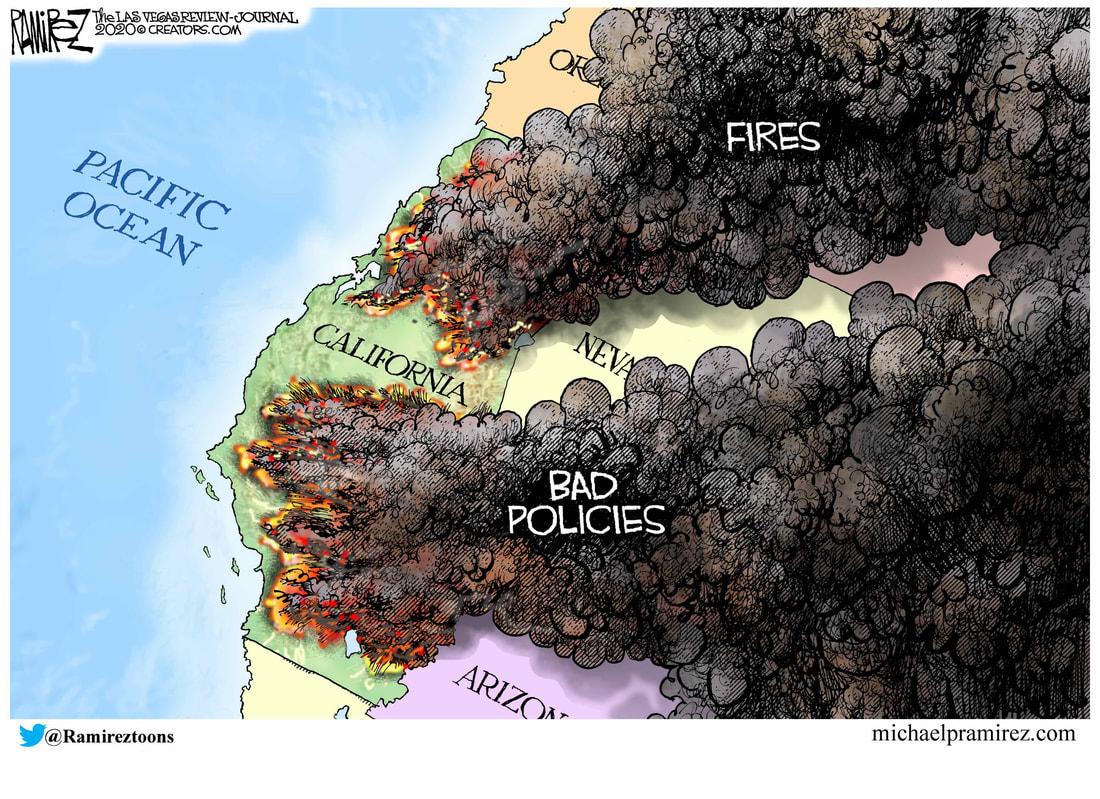 California is now turning to wildfires that have made their way through 4.1 million acres in the state to lay blame as to the state’s worsening financial state. The fires have cost just $1.1 billion to battle over the last three years, a relatively small sum for such a large state, according to Bloomberg.

But, with the pandemic throwing a true wrench into the gears of the state’s economy – and the state’s residents leaving at an alarming clip – the state needs to blame its $54 billion hole in its budget on something.

Scott Anderson, Bank of the West’s chief economist, said: “Policy action in the next one to five years would be optimal, and probably sooner rather than later to move the economy in the right direction. Otherwise we’re going to be facing a pretty bleak economic future here in California.”

Anderson says the reversal of fortune for the state’s finances should be a “wake up call” about the impacts of climate change. We wonder if he’s ever heard of less government spending.

He also predicts the fires, coupled with Covid, will push the state’s unemployment rate to 10.4% this year and 8.8% in 2021. Those numbers are higher than the current forecasts of 8.4% and 6.9%. He said the trend of people leaving the state could be “more prolonged” than in the last recession.

Patricia Healy, senior vice president of research at Cumberland Advisors, said that the wildfires: “may have inhabitants, insurers, and government questioning the viability of living there and continually rebuilding.” She also thinks the rise in “work from home” as a result of Covid will drive people out of the state.

The time to up and leave may never get better. The state has somehow managed to maintain its credit rating and sellers are able to get massive sums for their homes if they decide to pick up and leave: median home prices in August hit $706,900, a record.

Gavin Newsom, who is overseeing the exodus, said last week: “This state six, seven months ago was dominating in so many different sectors. Those core tenets of this state remain still as alive and enlivened as they ever have been despite some of these situational challenges that we face.”

The state is spending about $205 million in fire prevention and management programs this year, which is down from $354 million in the prior year. Ironically, the big government Democrats in the state seem to want massive government spending on everything but the “climate change caused” problem of wildfires.

The fire trends in the state are “only expected to intensify,” according to Bloomberg. About 69% of the state’s economic output was exposed to fire risk in 2018 and that number is estimated to rise to 71%.

Sean McCarthy, head of municipal credit research at PIMCO, said: “It’s impossible to deny that these risks are not here now. We’re going to see the collision of climate change with the recession.”

Meanwhile, Newsom’s administration has been focused on nothing but climate change since he has been in office. While the state has been “going to hell”, as President Trump put it in a recent Tweet, Newsom has been busy making sure gasoline powered cars aren’t available by 2035 and respecting the rights of transgendered prison inmates.

With efficiency like that, we’re sure the state will turn right around…

A theatrical bust-up – but a deal is still the likely outcome of Brexit talks, writes JASON GROVES

Trump announces $19B to farmers, ranchers to ‘maintain the health’ of the food supply chain amid coronavirus

How To Help Loved Ones Prepare For An Assault

A Guide to Creative Mind Mapping and Brainstorming

Pelosi digs in as pressure builds