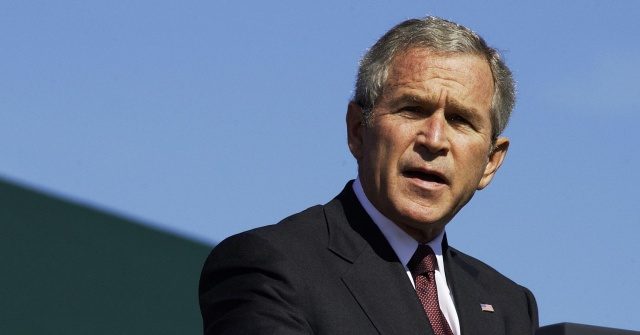 Staffers who worked for President George W. Bush are going all in for Democrat presidential candidate Joe Biden in hopes of returning the White House back to one of their globalist allies in the political class.

The group, 43 Alumni for Biden, has released two campaign ads to prop up the former vice president’s campaign. One of the ads is geared towards Hispanic Americans and claims President Trump is an “existential threat” to their community.

The latest ad suggests the Bush staffers “understand the character, the experience, and frankly the empathy required for leadership because we’ve seen it first hand when we all served with the 43rd president.”

“But come election day, every last one of us on this team is voting for Biden,” the ad states. “Let’s put Joe Biden in the White House. He’ll be a solid 46.”

Likewise, Biden has vowed to resurrect a Bush-era plan that would allow employers to hire foreign workers regardless of their immigration status and whenever they claim to be short on American workers. Bush’s policy was known as “Any Willing Worker.”

Former Department of Homeland Security Secretary Tom Ridge, who worked in the Bush administration, campaigned against Trump in 2016 and is doing so again this year — urging voters to support Biden.

COME AND TAKE IT! TEXAS BAR OWNER REFUSES TO SHUT DOWN IN DEFIANCE OF STATE MANDATE

Armed groups say they will show up to polling sites on Election Day, and experts are afraid it will intimidate voters

The Presidential Debate as a Microcosm of America

McCarthy: Biden 'Has to' Answer Questions on what He Knew about Hunter Before People Vote

Exclusive–Burgess Owens: No One 'More Ready' for SCOTUS than Amy Coney Barrett

White House: ‘Almost Like a Gift to Us’ How Democrats Have Iraq War Cheerleaders Pushing Joe Biden