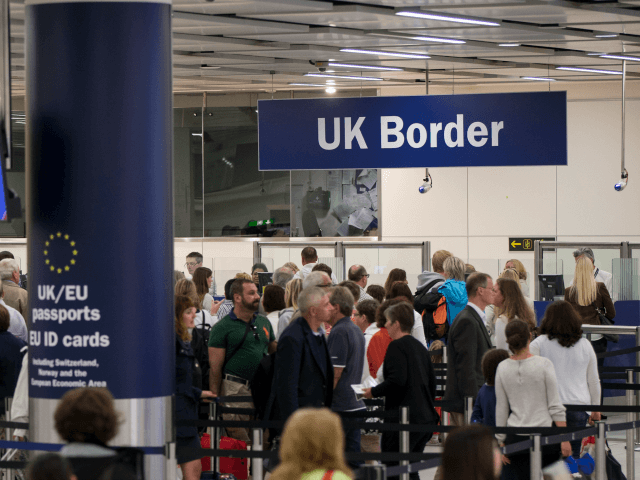 The British government will finally begin implementing mandatory 14-day quarantines for people entering the country, months after countries around the world enacted similar measures to prevent the spread of the Chinese coronavirus.

The so-called “second phase” of the Government’s response will introduce some stricter measures at the borders in order to prevent a second wave of coronavirus cases being brought into the country as it prepares a “track and trace” approach to controlling the spread of the virus. Powers granted under the Coronavirus Act will allow the government to issue large fines and criminally prosecute those who break the quarantine.

Boris Johnson’s government has faced growing criticism for its failure to implement travel bans, health screenings, or even quarantine requirements on those arriving in the country. Countries such as Australia, Greece, and New Zealand, among others, have all introduced mandatory 14-day quarantines for airport arrivals.

The updated guidelines for the United Kingdom are expected to be implemented next month and will apply to British citizens and foreigners alike. The measures will be based on the Singapore model, in which people are given a 14-day stay at home order upon arriving in the city-state.

“A stringent, Singapore-style approach at our ports will help the UK manage the risk of travellers entering the country and reduce the possibility of a second peak,” a government source said in comments reported by the Mail on Sunday — without explaining why it would not have been even more helpful to have implemented such a requirement in January, February, or even March, preventing more cases from being seeded in the country by travellers.

“We are looking at deploying these measures at the right time, in line with the scientific advice and when community transmission has been significantly reduced,” the source added.

Unlike most countries throughout the world, the United Kingdom has refused to shut its borders to foreign travellers or require them or repatriated Britons to spend a period in mandatory self-isolation, with an estimated 100,000 unscreened people entering through the nation’s airports per week despite a nationwide lockdown.

The lack of health screening has allowed travellers from high-infection countries like China, Iran, and Italy to pour into the country unchecked.

The British government and the Public Health England (PHE) medical quango claimed that the speed at which the virus was spreading throughout the country meant that health checks and quarantines at airports would have been ineffective at stemming the spread — although the introduction of quarantine requirements would seem to imply they now concede this is not the case.

Earlier this week, the chief executive of London’s Heathrow Airport, John Holland-Kaye wrote to the government, demanding that mass testing for the coronavirus be carried out at all airports.

Coronavirus Exposes US Vulnerability to Bioterrorism

The Uprising Podcast: Liberty Or Lockdown?

Brickbat: Don't Tiptoe Through the Tulips

Fact Check: NYT Claims Only 'Tens of Thousands' of Visa Workers in U.S.

Boris Johnson Will Return to Work on Monday, Office Says