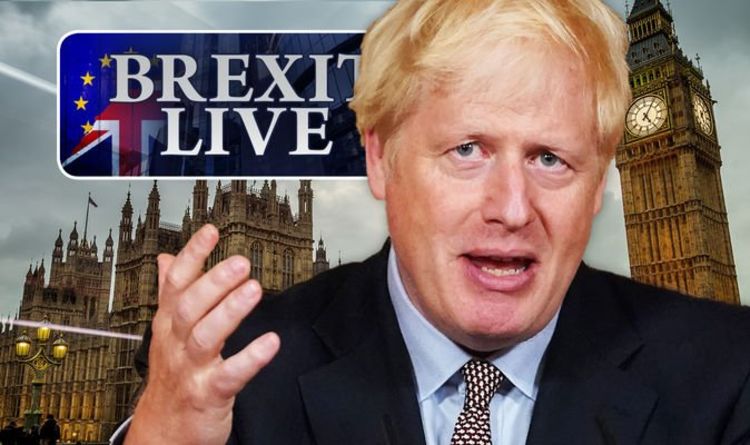 Around 30 Tory rebels were thought to be preparing to vote for an amendment on Tuesday which would have required a Commons vote before the provisions in the Bill relating to Northern Ireland could come into force.

But Downing Street announced in a joint statement with Conservative MPs Sir Bob Neill and Damian Green, vowing to seek to amend the Bill to require the Commons to vote before a minister can use the “notwithstanding” powers contained within it.

BBC political editor Laura Kuenssberg said the move was not the prime minister “giving up on his plans”.

She said: “Whatever you think of that, asking for extra permission from MPs does not mean that ministers have backed down on the overall principle that provoked such outrage.

“Aside from anything else, this is a government with a huge majority, so giving Parliament a “lock” is not exactly a big restriction.

“And this move does not mean that resistance in the House of Lords will disappear. And for that matter, the EU’s upset at a tense time will remain.

“But don’t mistake that for Downing Street giving up on its plan which caused such outrage at the start.”

It came after the Government’s top law officer for Scotland resigned amid reports he was unhappy about the plans to override the Withdrawal Agreement.

Creator of VeggieTales Discusses How White Privilege Contributed to His Success

How She Reclaimed Her Health by Taking Control of Lifestyle and Diet | Dr. Terry Wahls on Health Theory

Why the climate crisis cannot be a socialist project alone

REPORT: Bernie Sanders ‘Expressing Worry’ That Joe Biden Is About To Blow The 2020 Election

REV. BURKHART: Surveillance from on high — drones and God

Trump boasts of ‘aptitude for manufacturing’ in visit to battleground state

Many U.S. states cut down on Independence Day celebrations

Cuomo: Reopening after coronavirus needs to consider the “human cost”

Ghislaine Maxwell to appear in court on bail application

In Minneapolis, Faith Groups Rush to Aid Demonstrators as They Decry Racism

Politicians Need To Be Held Accountable