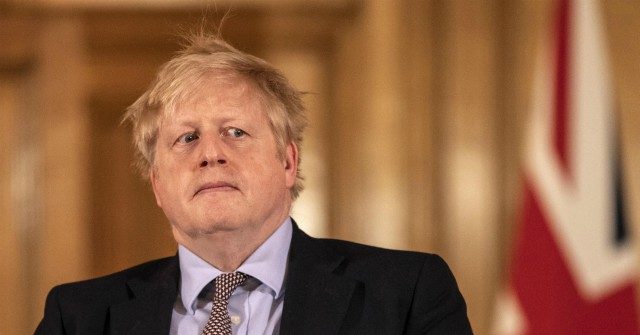 Prime Minister Boris Johnson revealed that in his battle with the Chinese coronavirus he received “litres and litres of oxygen” as his condition began to “deteriorate” — forcing doctors to begin planning for a “Death of Stalin-type scenario” if he perished.

Mr Johnson, who was hospitalised in early April, described his frustration with the virus, saying how “the bloody indicators kept going in the wrong direction and I thought, ‘There’s no medicine for this thing and there’s no cure’.

“So they gave me a face mask and my intake became really quite substantial. I was going through litres and litres of oxygen for a long time,” he explained.

“That was the stage when I was thinking, ‘How am I going to get out of this?’” Johnson told The Sun on Sunday.

“It was a tough old moment, I won’t deny it. They had a strategy to deal with a ‘Death of Stalin’-type scenario”, Johnson said, adding: “I was not in particularly brilliant shape and I was aware there were contingency plans in place.”

“The doctors had all sorts of arrangements for what to do if things went badly wrong,” the Prime Minister said.

Mr Johnson went on to say that he is keen to open up the economy, as has begun happening in other countries across Europe.

“[I]f you ask me, ‘Am I driven by a desire to stop other people suffering?’ Yes, I absolutely am. But I am also driven by an overwhelming desire to get our country as a whole back on its feet, healthy again, going forward in a way that we can and I’m very ­confident we’ll get there,” he said.

Next week, Mr Johnson is expected to release his plan for easing the national lockdown, with ministers pointing to May 26th as a possible date to re-open the economy, provided that the number of infections continues to drop by that point.

The government will reportedly call on firms to introduce precautionary measures to prevent the spread of the virus in the workplace, such as adding Plexiglass screens and gaps in between desks.

Another key plank of the “unlockdown” strategy will be the release of a coronavirus tracking app, meant to prevent a second outbreak of the Wuhan virus.

However, privacy experts have warned that the app — which will store user data on government servers — could infringe on privacy rights and be used as a means of “social control“.

Boris: ‘We Are Past the Peak of This Disease’, But the End of Lockdown Remains Distant https://t.co/ZfqMeNj7AA

UK commuters may be asked to check temperature before travelling

A New Low for the Anti-Trump Media

Can the Bond Market Survive Coronavirus?