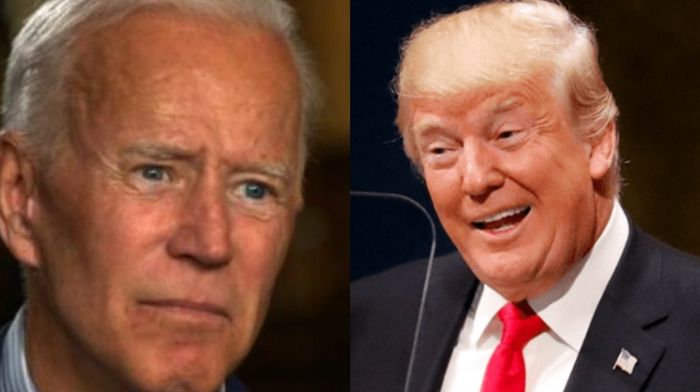 Presumptive Democratic nominee Joe Biden has reversed course and is now saying that if he is elected president he will leave the U.S. Israeli embassy in Jerusalem, where President Donald Trump moved it.

That will not go over well with the anti-Semitic and anti-Israeli wing of his party, led by Rep. Ilhan Omar (D-MN) and Rep. Rashida Tlaib (D-MI). They are against any aid to Israel and advocate for a U.S. sponsorship of radical Islamist regimes and terror groups. But Biden is trying to have it both ways. He wants to appeal to both the Jewish vote and people like Omar. Good luck with that.

“I’ve been a proud supporter of a secure, democratic Jewish state of Israel my entire life,” Biden said on Tuesday. However, “My administration will urge both sides to take steps to keep the prospect of a two-state solution alive.”

To some Israelis and American Jews the two-state solution is a dog whistle to the hard left that actually means slicing and dicing the state of Israel to the point it cannot defend itself. Biden’s embassy change of heart is a sop to those who recognize this.

Biden is trying to placate the Left by saying, “Moving the embassy when we did without the conditions having been met was short-sighted and frivolous. It should have happened in the context of a larger deal to help us achieve important concessions for peace in the process.” Though illogically Biden now advocates the same course he still criticizes.

The reason for the two-state two-step is that Biden knows that President Trump has gained with the Jewish vote. Trump doesn’t have anywhere near a majority. But he could cut into Biden’s strength there by 5%-10%. That could make a difference in some vital states like Florida.

Trump’s Israeli policy is looked upon favorably by many American Jews. Is his increased support from them going to put him over the top? Not likely. However, it doesn’t have to if it keeps Florida away from the Democrats. That in itself is reason enough for Biden to worry.

This piece was written by PoliZette Staff on May 1, 2020. It originally appeared in LifeZette and is used by permission.

What is NESARA and Does it Matter to Me?

White House considers ANOTHER round of cash payments

Justin Amash: If Biden Assaulted Tara Reade, He Is Disqualifed From Being President