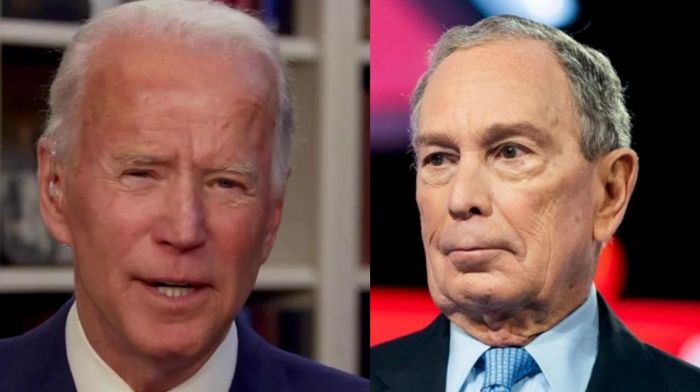 During the 2020 Democratic primary season Joe Biden went after rival Mike Bloomberg with a rhetorical pickaxe when Bloomberg was accused of sexual harassment.

But now when rape charges have been leveled against him, Biden has been generally silent. Though Friday he continued to put out a rote and contrived boilerplate defense on the charges, “They aren’t true. This never happened.”

Not exactly detailed or candid. Yet Biden wanted much more from Bloomberg.

At a February Democratic debate Biden said this about Bloomberg, “Let’s get something straight here. It’s easy. All the mayor has to do is say, ‘You are released from the non-disclosure agreement. Period’…This is about transparency from the very beginning. Whether it’s your health records, whether it’s your taxes, whether you have cases against you, whether or not people have signed non-disclosure agreements.”

But apparently Biden does not hold himself to the same standards regarding the release of documents. The University of Delaware is hiding his Senate records and Biden and the school will not release them.

He continued his currently hypocritical pummeling of Bloomberg in a tweet, “You think that women, in fact, were ready to say, ‘I don’t want anybody to know about what you did to me.’ That’s not how it works. The way it works is they say, ‘Look, this is what you did to me’ and the mayor comes along and his attorneys say, ‘I will give you this amount of money if you promise you’ll never say anything. That’s how it works.”

The February 20th Biden tweet concluded with, “Let me be clear: Mayor Bloomberg should release folks from their non-disclosure agreements. This is about transparency. The American people deserve to know the truth.”

However, Biden seems to think the American people do not deserve to know the truth about him.

Tara Reade, the woman who has accused him of rape, is justifiably outraged, “I’m calling for the release of the documents being held by the University of Delaware that contain Biden’s staff personnel records because I believe it will have my complaint form, as well as my separation letter and other documents. Maybe if other staffers that have tried to file complaints would come to light — why are they under seal? And why won’t they be released to the public?”

This piece was written by David Kamioner on May 1, 2020. It originally appeared in LifeZette and is used by permission.

Can Biden Ditch His Image Problem Before November?

Revealed: the inside story of the UK's Covid-19 crisis

Next wave of U.S. states prepare to reopen as coronavirus could push jobless rate to 16%

Trump Drop Kicks Reporter Who Tries To Corner Him With False Data: ‘Nobody Knows Who The Hell You Are!’ (VIDEO)

What is Joe Biden hiding in his University of Delaware records?