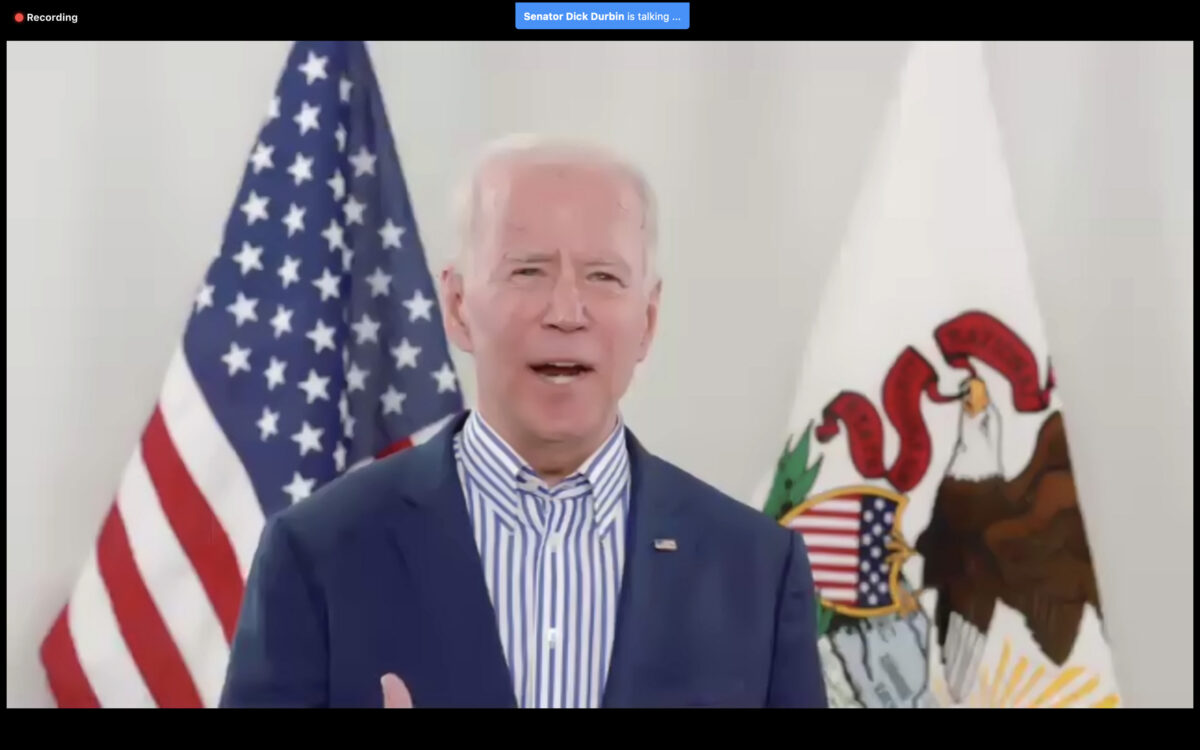 As I type this, #DropOutBiden and #TaraReade are the number one and two hashtags on Twitter with over 53K Tweets for number one, moving up rapidly with entries from the right and left. Bernie supporters are particularly outraged.

(By the time you read this, no telling how high it will be, though Kim Jong-un’s life or death may be sneaking into the lead.)

Twitter, for all its pluses and minuses, can be seen as a leading factor in politics the way the stock market is for the economy—so the Democrats and their media minions (who have been notably silent on the Reade matter, almost to the point of mafia-style omertà) should be afraid, very afraid.

The reason for this sudden uproar? The surfacing of Tara Reade’s mother’s alarmed call-in to Larry King that was contemporaneous with her daughter’s accusation of sexual assault by then Senator Joe Biden—an assault, it should be noted, that is by multiples greater than anything that arose during the highly-contentious Brett Kavanaugh Supreme Court nomination hearings.

Reade has accused Biden of an act that is demonstrably criminal and took place somewhere in the corridors of Congress while Tara was working for the then senator. (Kavanaugh’s far milder act allegedly occurred at a party while he and the accuser were teenagers.)

Fortunately for the now presidential candidate, his malfeasance, if we can call it that—atrocity might be better—allegedly occurred in 1993 and is beyond the statute of limitations for the District of Columbia, which ends at 20 years. Otherwise Biden might have been sent up for the rest of his life.

The Democrats on the Senate Judiciary Committee went to the mattress to stop Kavanaugh—doing everything but drugging the judge and putting him on a plane to Thailand to be photographed in a Bangkok brothel.

This was for an incident that took place some ten years earlier (1983 +/-) than Reade’s with no evidence whatsoever that it ever happened, no corroboration of date, time or venue from anybody. There was never even any proof that accuser Christine Blasey Ford actually knew Kavanaugh. (It’s also worth noting that several of those same over-zealous, to put it mildly, senators now wish to be vice-president. For shame.)

Reade, as mentioned, actually worked for Biden—no one denies that— until a few days after the alleged incident, which is when Reade’s mother called Larry King. This is evidence, clearly, but not entirely dispositive, although her brother and a friend who wishes to remain anonymous have also corroborated that Reade told them of the assault at the time. That’s three more than Blasey Ford ever had with more likely to come. (Evidentiary material is rumored to exist in a closed Biden archive at the University of Delaware.)

The incident, despite the media coverup, can no longer be ignored. Now even the #MeToo crowd is going to have log in, if they have any intention of salvaging their movement that otherwise would buried under a mountain of hypocrisy.

Imagine if Trump were accused of something similar. It would have blown coronavirus off the front pages. Speaking of the media coverup, the phone call was discovered in the NewsBusters archives although Larry King was a CNN show. How could CNN have missed it? (Sorry. No $1,500 for the ”secret word.” The question’s too easy.)

So where does this leave us? Biden’s campaign is going to have to deal with this. They have already, in essence, tried the ignore, ignore, ignore method only to be sideswiped by Mama Reade and Mr. King.

This is a prospective nightmare for the Democrats. Trump may have been a playboy, a particularly active one, but Biden’s action, if believed, moves him into the area of perversion and outright misogyny.

He must disprove it, but how? He is unlikely to win if he doesn’t and even if he does, carrying such an accusation into the presidency potentially undermines everything he does and our country with it.

A lie detector test, unreliable as that may be, is a possible solution. Both Joe and Tara should take one.

Of course, this presents a serious danger for Biden:

As a reminder for those who have forgotten the seminal Roman legal doctrine of “Falsus in uno, falsus in omnibus” (if you lie in one thing then you will lie in everything), Joe does not have a particular reputation for honesty. He was caught plagiarizing three times—the first time in law school, of all places, and then twice from British Labour Party leader Neil Kinnock.

America, we are in uncharted waters. First the CCP virus, now this.

Roger L. Simon is The Epoch Times’ senior political columnist. He is also a prize-wining novelist and an Academy Award-nominated screenwriter. His latest books “The GOAT.”

Rose McGowan: The Democrats and the Media Are a 'Cult'

Brit Hume makes the case that Joe Biden is senile