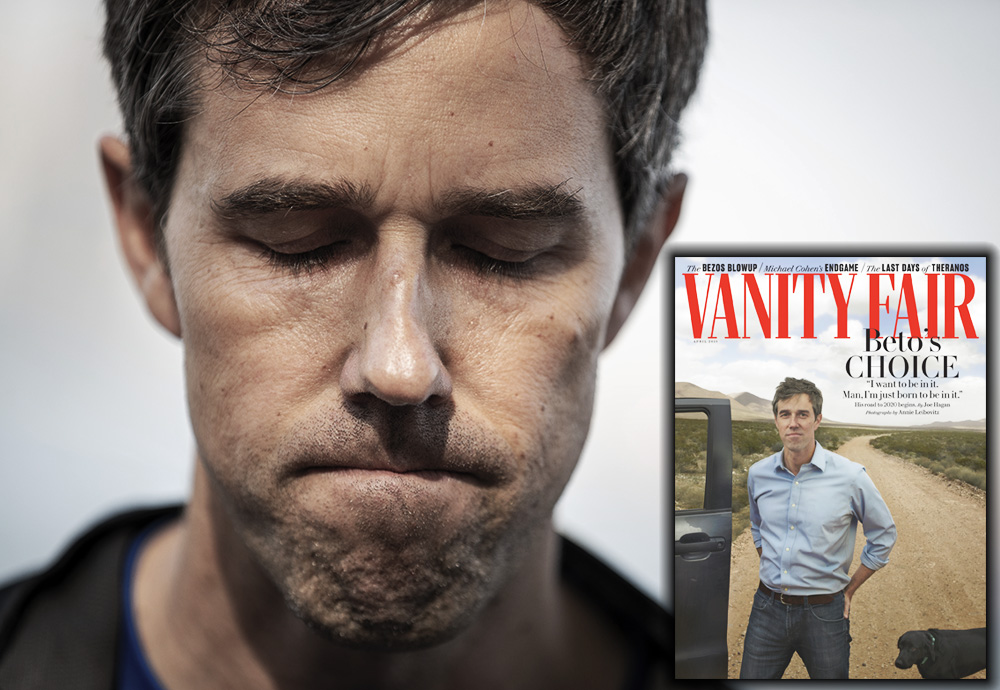 For perhaps the first time in his boringly privileged life, former congressman Beto O’Rourke has failed to fail upward. Having proven himself unable to find success as a Senate candidate, presidential candidate, or blogger, Beto has accepted a teaching position at Texas State University, a mediocre institution of higher education.

O’Rourke, a graduate of the Woodberry Forest boarding school for boys, was not recruited by the university. “He originally approached people in the administration … and expressed an interest in teaching,” said Ken Grasso, chair of the political science department at Texas State. “I was thrilled.”

Beto will teach Texas politics at the university beginning in the spring 2021 semester, according to the University Star. He was reportedly motivated by a desire to connect with young people during such a “crucial time for the state and the country.”

Beto became a national political celebrity among Pod Save America hosts and listeners in 2018 during his failed campaign against Sen. Ted Cruz (R., Texas). Having decided he was “just born to be in it,” the Senate failure set his sights on even higher office, announcing his presidential campaign with a cover story in Vanity Fair.

“Man, I’m just born to be in it.” Beto O’Rourke seemed to come from nowhere to the brink of a presidential candidacy—but he’s been on this journey for his whole life. O’Rourke spoke with Joe Hagan. Photographs by Annie Leibovitz. https://t.co/WhmQGZnbUg pic.twitter.com/a7DCoaZdtd

As it turns out, Beto was born to lose. He entered the Democratic primary in third place behind Sen. Bernie Sanders (I., Vt.) and former vice president Joe Biden, the eventual nominee, and raised an impressive amount of money. Unfortunately, Beto’s poll numbers steadily declined from there, and in just a few months’ time, he was approaching “statistically insignificant” territory in the early primary states. He quit the race in November 2019, months before voters had the chance to not vote for him.

At the time, Beto had urged the remaining Democratic candidates to focus on issues that “brought us together,” such as his wildly unpopular proposal to take away people’s guns. His recent attempt to influence the Democratic Senate primary in Massachusetts by endorsing Rep. Joe Kennedy III (D., Mass.) over the incumbent, Sen. Ed Markey (D., Mass.), also ended in failure.

Despite his flaws as a candidate, Beto embodied much of what Democratic voters were looking for in a candidate. Their desire to nominate a white male was obvious, but at the end of the day, they just couldn’t stomach a white guy under the age of 75.

‘We’re About to Go Into a Dark Winter’: Joe Biden Lays Out Positive Vision for America’s Future

EXCLUSIVE–Ted Nugent: Democrats the Party of 'Marxism and Tyranny'

AOC Spews Gloom on Cover of Vanity Fair: America ‘Still in a Lot of Trouble’ if Biden Wins