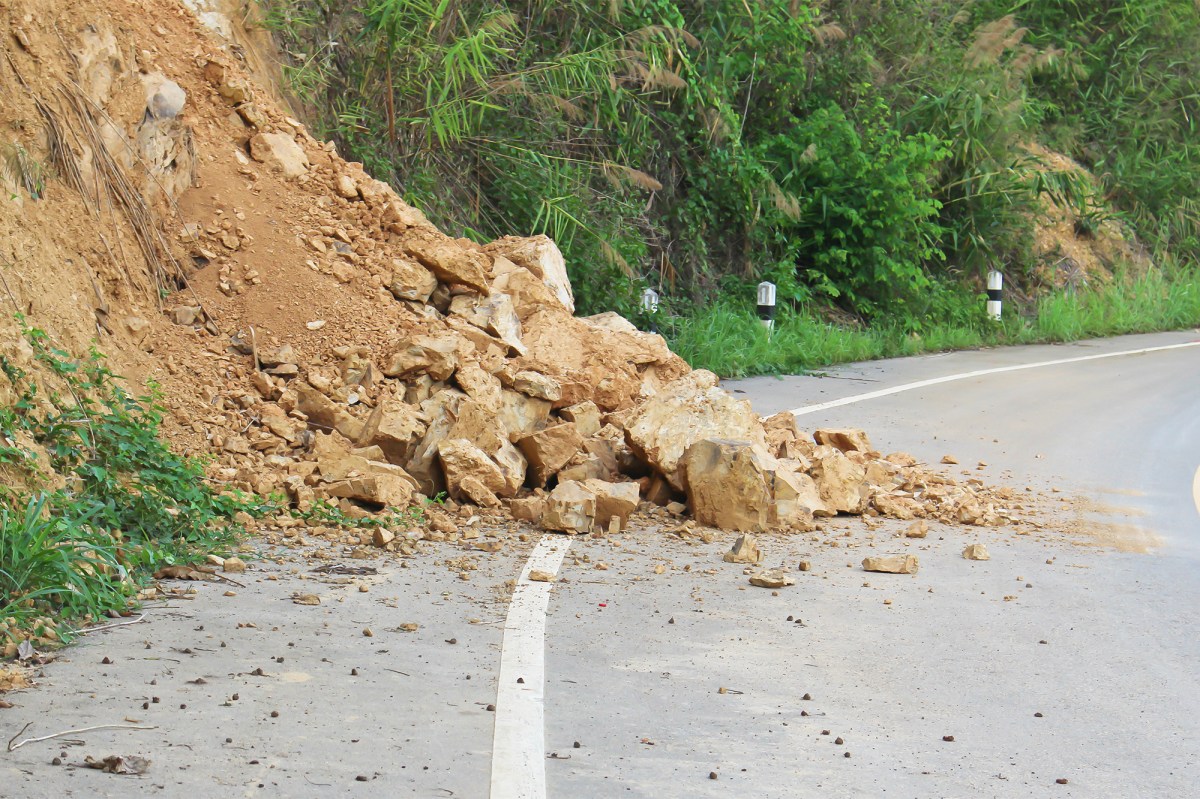 Let’s hope they don’t continue to have a rocky relationship!

An Arizona couple decided to take a road trip through Colorado on their honeymoon to avoid COVID-19 complications, but almost ended up being squashed by falling rocks.

Jason and Rebecca Backman had just left Telluride, heading home to Goodyear, Arizona, when their car was smashed by boulders falling off a cliff.

“I basically had time to say, ‘Oh my God, Jason!’ Rocks!’ And then we hit them,” Backman told AZFamily.com. “I hit the main one that was falling and then one of the pieces bounced up onto our windshield and hood.”

Backman said the crash was unavoidable as if she’d turned one way, she’d have driven off a cliff, and if she’d turned another, she’d have gone into oncoming traffic. Miraculously, while the couple’s car was totaled, both husband and wife survived with minor injuries — something Backman attributes to a dream and angels.

“I had a dream the night before that I was in the car by myself and something, I don’t remember what, pushed me off the road and like free-falled down a cliff,” Backman told the site. “So, I was very anxious that day as we were driving through the mountains. … How horrible it would have been to marry someone one week and bury them the next. Jason and I both have parents in heaven and I think we had angels looking out for us.”

Travel authorization in the EU: automated processing and profiling

Lockdowns prove to be an answer to the rising road toll

Public School Teachers Continue To Insist Their Jobs Are Non-Essential

Will your smart gas meter suddenly die at Christmas?

What would a new climate change minister mean for climate action?

God 'Led Me to' Congress, Sen. James Lankford Says: This Is 'My Ministry' of Service

'We Will Not Be Deterred' – Trudeau Responds After Beijing Directly Threatens “Health & Safety” Of 300,000 Canadians In Hong Kong

A Brief History of the Freedom of Speech in America