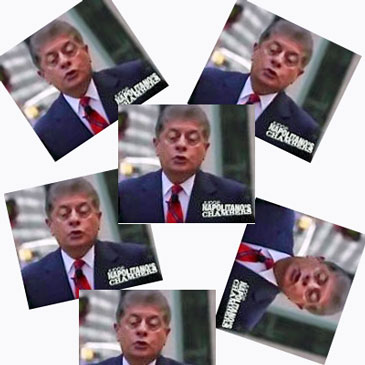 Newsweak: On Tuesday, Andrew Napolitano, senior judicial analyst for the Fox News Channel, filed a countersuit against a man who sued him on September 11 over allegations of sexual abuse.

Napolitano’s accuser Charles Corbishley, accused the former judge of forcing Corbishley to perform oral sex on him when Corbishley stood accused of arson as a 20-year-old in Napolitano’s court in the 1980s. Corbishley seeks $10 million in restitution under the New Jersey Child Victims Act, but Napolitano has denied his allegations.

Corbishley claimed the alleged sexual assault occurred at a home in Hackensack, New Jersey. He said Napolitano wore a trench coat and said, “You could be going away for a long time,” before he allegedly told Corbishley to “be a good boy” by performing oral sex on him.

“At this moment, Plaintiff was paralyzed with fear,” Corbishley’s lawsuit against Napolitano states. “He wanted desperately to stop Defendant Napolitano’s sexual assault, but he was terrified about what Judge Napolitano would do to him if he resisted or fought back.” more here

How Safe Are Your Bug Out Escape Routes? 7 Ways To Get There Safely

Women Business Owners Are Suffering More Than Men During The COVID-19 Recession, Here’s How Trusting Women Can Help

How A Perfectly Chosen Knife Can Save You In The Wilderness