Originally published on Ancient Origins on 2020 07 24 by Ed Whelan https://www.ancient-origins.net/news-history-archaeology/ancient-butter-dish-0014024

Researchers have found an unusual but especially important discovery in a Scottish lake : an ancient butter dish, made of wood, that has miraculously survived in water, for over two millennia. This unique ancient butter dish is providing new insights into the people who once lived on the shores of Scotland’s lakes two thousand years ago during the Iron Age.

The find was made in Loch Tay, near Perth in central Scotland. Once according to STV ‘at least 17 crannogs, or Iron Age wooden houses, once stood’ on the shores of the lake. Crannogs were artificial islands where people lived. They were once common in Scotland and Ireland. The first known example of a crannog in Scotland dates from about 3500 BC and they were still in use in the early Middle Ages.

The Scotsman reports that ‘The crannogs were probably considered high-status sites which offered good security as well as easy access to trading routes along the Tay and into the North Sea.’ They were likely the homes of local rulers or prosperous farmers. In later times, the crannogs became associated with Christian hermits , especially in Ireland.

The crannogs would have been home to up to twenty people and their livestock. Their huts were thatched with reeds and many of the structures were built of alder and had a lifespan of about twenty years. Often, they had walls made of interlaced branches of hazel. The ‘structures simply collapsed into the loch once they had served their purpose’ according to The Times . When they collapsed a great many objects went with them into the dark waters of Loch Tay. And one of them was the ancient butter dish, made of wood, which was recently discovered in the loch. 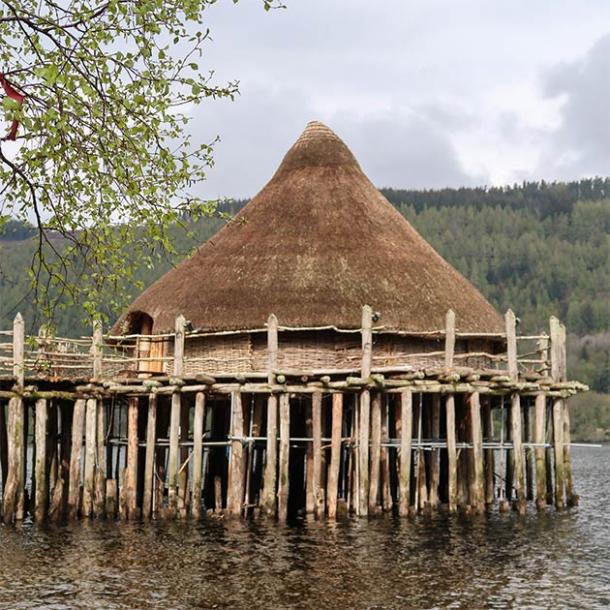 The ancient butter dish was aged as 2,500 years old, but was very well preserved as it had been submerged under water until it was found. Rich Hiden, an archaeologist at the Scottish Crannog Centre, is quoted by Archaeology as saying that ‘Because of the fantastic anaerobic conditions, where there is very light, oxygen or bacteria to break down anything organic, you get this type of sealed environment .’ This allowed researchers to retrieve many wooden objects that would normally decay from the Scottish lake environment. 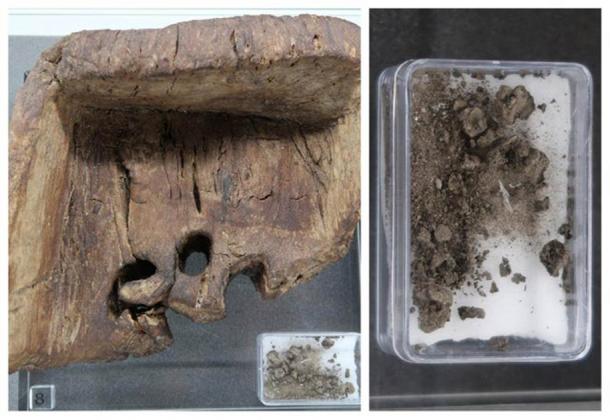 A team of Scottish archaeologists were investigating the bottom of the lake when they made the extraordinary find. STV quotes Mr Hiden as saying that ‘they pulled out this square wooden dish, well around three-quarters of a square wooden dish’.  A preliminary, chemical analysis found traces of a dairy product on the object. This together with three holes at the bottom of the artifact indicate that it was probably a dish for making butter.

The three holes at the bottom of the ancient butter dish were used in the butter-making process. Buttermilk would have been pushed through the holes to remove excess liquid. Possibly rennet, derived from common plants, would have been added to the butter to make cheese. Iron Age Scottish people had considerable skills when it came to butter and cheese making. Mr Hiden is quoted by The Scotsman as stating that ‘In the early Iron Age, they had mastered the technology of smelting iron ore so mastering the technology of dairy we would expect.’

This ancient butter dish discovery confirms that dairy products were vital in the diet of the people who lived in the crannogs before the arrival of the Romans in Britain. Chisel tool marks found on the dish indicate that the community made its own goods and was probably largely self-sufficient. They used chisels with fine points to make the dish. The tools used to make it were also made by the crannog dwellers which indicates that they were skilled craftworkers.

Mr Hiden told STV that ‘The best thing about this butter dish is that it is so personal and offers us such a complete snapshot of what was happening here.’ There are several forensic aspects related to this amazing ancient butter dish find that are providing researchers with a better understanding of Iron Age life in Scotland. How incredible that a simple butter dish can tell archaeologists so much about a long-lost Iron Age Scottish culture that flourished on Loch Tay so long ago.

Not Your Mama’s OJ: Everything You Should Know About Juice Fasting

Kanye West Wants to Run the White House Like Wakanda

What Happens When a LUFFA Sponge Goes to SEED?

Vanessa Guillen’s family speaks out on her death

How to Grow Eggplants in Containers