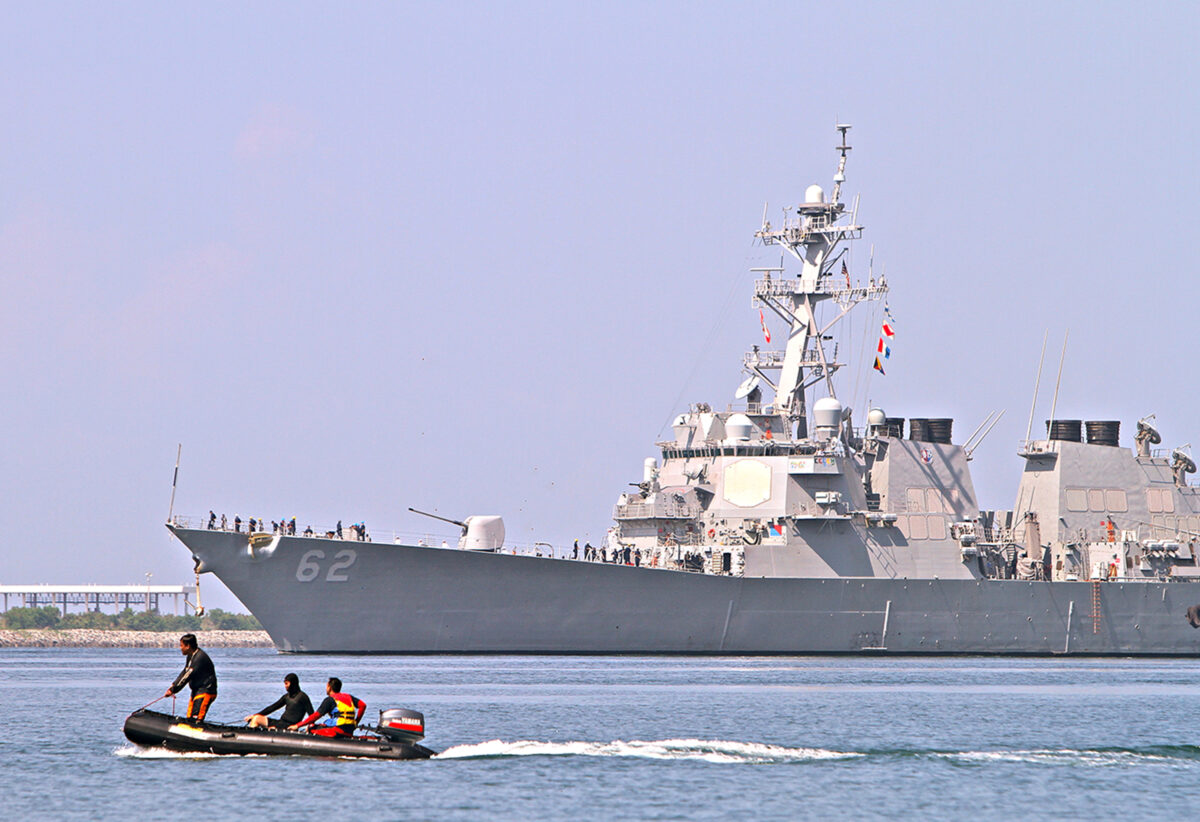 As Americans continue to suffer under a public health lockdown due to the Wuhan coronavirus, many of them have turned to video-streaming services to pass the time. But few probably expected to scroll through their Netflix, Amazon Prime, YouTube, Google Play Movies & TV, or Vudu and be exposed to blatant anti-American Chinese military propaganda.

Yet that is exactly what audiences of “Operation Red Sea,” by screenwriter Feng Ji, producer Yu Dong and director Dante Lam are being unknowingly exposed to.

In the movie, a Chinese People’s Liberation Army (PLA) military force rescues Chinese citizens held by pirates off the coast of Somalia and battles jihadists in a fictitious nation (which is obviously meant to represent Yemen), in order to keep the jihadists from obtaining uranium yellowcake.

None of this is particularly surprising or offensive, except that the movie is overtly dishonest. It opens with the claim that it is, “based on actual events,” a clue that the movie is full of things that never happened and people that did not exist.

In 2015 the PLAN did send two ships into Aden harbor in Yemen, where they docked and took on board 600 Chinese nationals and 225 other foreign nationals, some of whom were employees of Chinese companies, as the civil war in Yemen began to escalate. Neither the PLAN ships nor the evacuees came under fire.  Yet through movie magic, that event turns into an operation that makes the Rambo series seem absolutely pacifist by comparison.

The heroes of the movie are the commandos of the PLA and PLAN who unselfishly and boldly risk life and limb to save innocents from terrorism and prevent terrorists from obtaining nuclear weapons. In reality the Chinese have done far more to facilitate Iran’s nuclear program than to prevent the proliferation of nuclear weapons. The Iranian regime of course is notorious for proliferating weapons to jihadist groups across the region.

It’s no wonder that “Operation Red Sea” was presented as a gift from Sina Entertainment to the PLA in its recent 90th anniversary celebration, since it is clearly a propaganda film.

That a Chinese production company would create a film that celebrates their armed forces certainly comes as no surprise. There was a time long ago when Hollywood paid tribute to the U.S. military with films like “Sands of Iwo Jima,” “The Longest Day,” “Thirty Seconds Over Tokyo,” and “Sergeant York.”

What is surprising is that U.S.-based streaming services have embraced it so wholeheartedly and promoted it so aggressively, particularly since the whole film is geared toward an ending climax that delivers a threat to the United States.

The casual viewer may not catch the significance of this dialogue. But over two hours later, during the final 3 minutes of the movie, the scene is suddenly switched from the Middle East to the South China Sea. The same PLAN task force is shown steaming with klaxons sounding. Over a loudspeaker a voice says:

As this message is being delivered a computer-generated image of a US Navy Aegis cruiser and two Aegis destroyers are shown steaming towards the Chinese task force.

And then the movie ends with the message:

Understandably, other countries in the Asia-Pacific region dispute the PRC’s claim. In 2016 the Philippines brought the issue to the World Court at the Hague, where a tribunal ruled in their favor and against China’s claim.

They refused to recognize the authority of the court to rule on the matter. In other words, according to the Chinese regime, China doesn’t have to abide by international law.

The U.S. Navy routinely conducts “freedom of navigation” missions to defend the right of free movement through international waters. Unsurprisingly, none of this context makes it into the screenplay for “Operation Red Sea.” The clear implication is that the Chinese military respects territorial sovereignty while the United States violates it, and that the Chinese military is unafraid to directly confront the United States.

Beijing has been stepping up its propaganda campaign since the Wuhan virus dramatically impacted the globe, with the clear intention of promoting an image of Chinese global dominance, a theme that American streaming services shamefully allow “Operation: Red Sea” to advance as well.

Modest multilateralism is in America’s interest, and China’s too

For Some Democrats, Only Victims Who Can Implicate Republicans Are Believable

How lockdown could lead to stronger parliaments

Biden Should Drop Out or Take a Lie Detector Test

For Optimum Health, Find A Cure For Government & Mainstream Media

This Is OUR POWER: Apple Data Shows Enslavement Ending Whether Government Wants It To Or Not

Silenced YouTube Creator: “I Didn’t Think It Was Gonna Be Of THIS MAGNITUDE”

How to Boost Your Immune System: Pray More