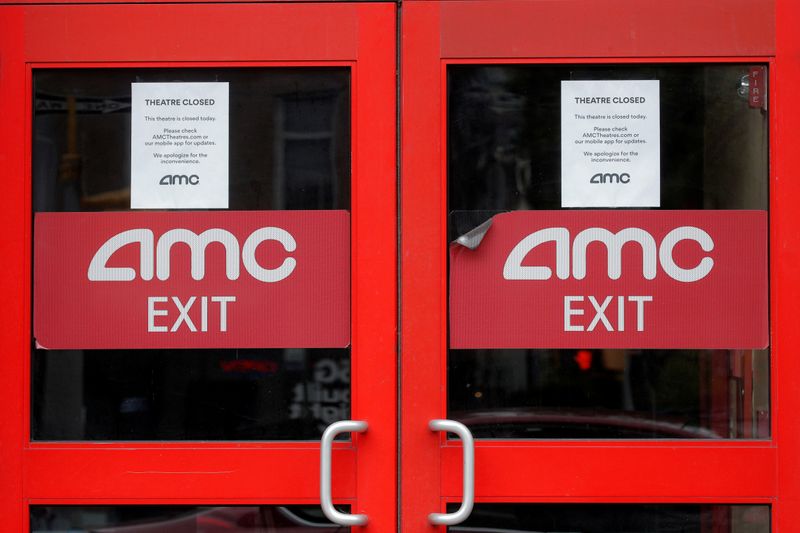 FILE PHOTO: Closed signs are seen on an AMC Theatre during the outbreak of the coronavirus disease (COVID-19), in New York City, U.S., April 29, 2020. REUTERS/Brendan McDermid

(Reuters) – AMC Entertainment Holdings Inc <AMC.N> said on Thursday it has delayed the reopening of its movie theaters in the United States to mid to late August, in alignment with the new release dates of Disney’s “Mulan” and Christopher Nolan’s thriller, “Tenet”.

UK’s Cineworld Group PLC <CINE.L> also pushed its U.S. reopening date to mid-August, although the company remains on track to welcome back movie-goers in Britain at the end of this month.

Movie theaters across the world were shuttered since the mid-March when several countries imposed lockdowns and social distancing measures to limit the spread of the coronavirus pandemic.

AMC, the world’s largest movie theater operator, had earlier https://www.reuters.com/article/us-amc-ent-holdg-theater/amc-delays-reopening-date-by-two-weeks-to-july-30-idUSKBN2402PT delayed the reopening by two weeks to July 30. Cineworld, which owns Regal Cinemas in the United States, had also previously delayed its reopening date to July 31 for both the U.S. and UK.

About one-third of all AMC cinemas in Europe and the Middle East are already open and are operating normally, AMC said.

Earlier this week, Warner Bros. delayed https://www.reuters.com/article/us-health-coronavirus-tenet/tenet-movie-release-delayed-indefinitely-in-new-blow-to-movie-theaters-idUSKCN24L27B indefinitely the release of “Tenet” which was earlier due out on Aug. 12.

(Reporting by Ayanti Bera in Bengaluru; Editing by Shinjini Ganguli and Shailesh Kuber)

80% of parents have new respect for teachers thanks to quarantine

Mark Morgan weighs in on Portland’s 38th day of protests

Europeans watching the stuff happening in the USA right now

Schools, offices and hospitals told to prepare for terrorist attacks

Parts of Europe grapple with coronavirus surge, but hold off on hard lockdown

I’ve Got More Money Than I Can Use and Miserable!

Into Tibet 2020: Revealing the hidden gems

Will Lebanon Rise From the Ashes?

Unprecedented Floods in Japan Kill at Least 60 People – More Than 550,000 Told to Evacuate After 4 Inches of Rain Fall in an Hour

Nicola Sturgeon ‘modelling herself on Trump’ with border comments – Rees-Mogg