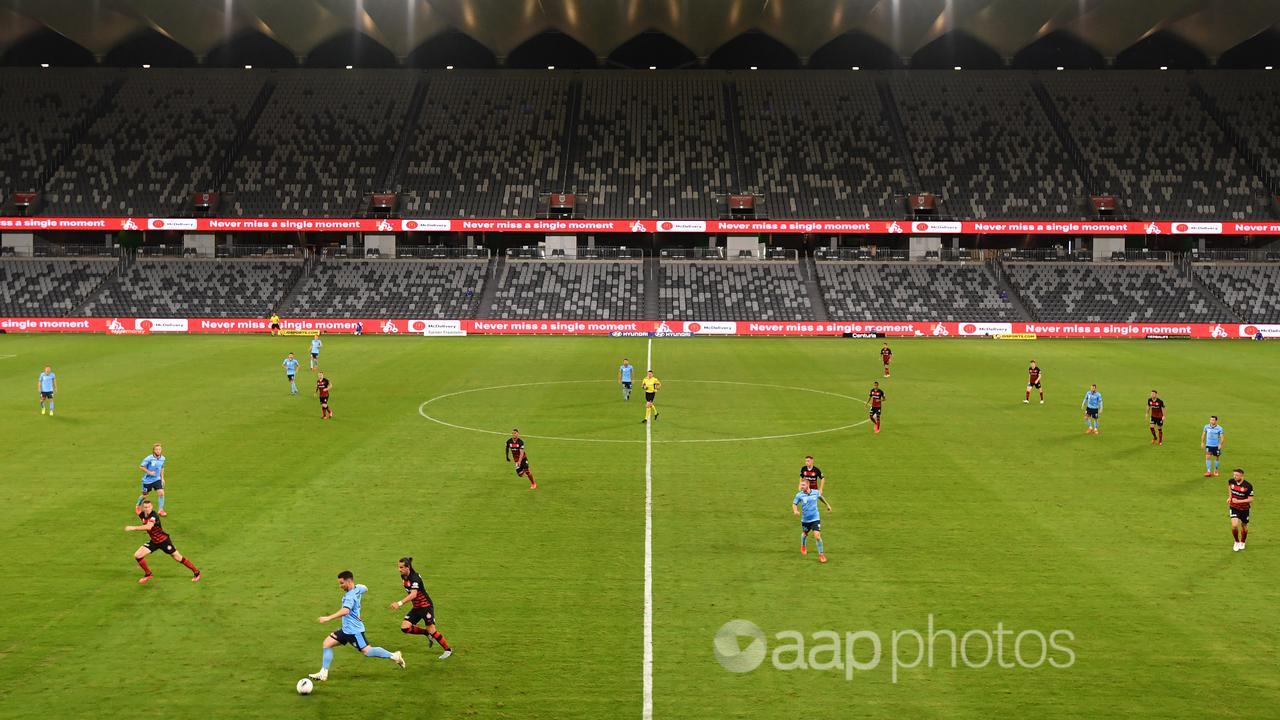 A-League clubs know when they’ll be playing their remaining games of the 2019-20 season but several matches are yet to have a confirmed venue.

The schedule for the remaining 27 matches of the regular season as well as finals was released by the FFA on Tuesday.

The league, suspended since late March due to the COVID-19 pandemic, will restart on July 16 with a match between Melbourne Victory and Western United.

That game is most likely to be played at Melbourne’s AAMI Park but the venue hasn’t been confirmed due to the state’s latest coronavirus outbreak.

Six other matches featuring the league’s three Victorian clubs are also yet to have confirmed venues.

“As we are a truly national game, the current border controls means that some of the match day venues may need to change,” FFA head of leagues Greg O’Rourke said.

“However, we have secured venues in both a NSW hub model and a hybrid hub model, which has most games in NSW but allows for a few games in other states.”

Brisbane will resume their campaign against Adelaide at CBUS Super Stadium on the Gold Coast on July 19 before heading to NSW to play out their remaining fixtures.

Wellington Phoenix and Perth Glory are set to play their remaining games in the NSW hub.

Apart from July 29, one match has been schedule to be played every day across the July 16 to August 12 period.

Finals will begin on August 15 with the grand final slated for August 23.

Coronavirus: Hong Kong reports no new cases of Covid-19 for second day in a row

The End of Hong Kong

And Now for Something Totally Different

The Exoneration of General Flynn

The Cost Of Being Self Sufficient | Is It Worth It?

Most Support Voting By Mail But Have Fraud Concerns