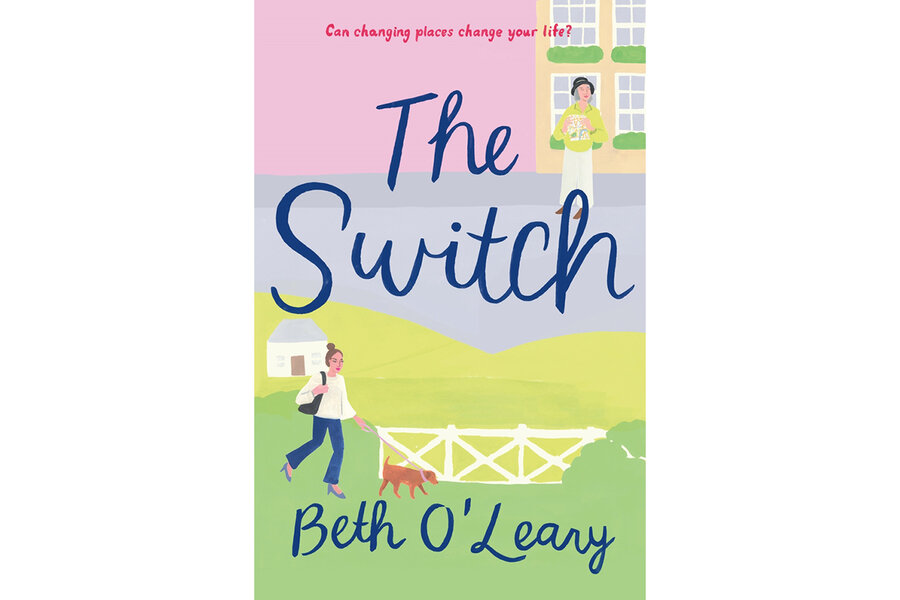 Eileen Cotton has dreamed of a London adventure her whole life. Now, she’s living the “artisan warehouse lifestyle” in a Shoreditch flat and dating a West End actor.

It sounds like the set-up to many a British chick lit novel, with a twist that elevates the tired trope: Eileen is in her late 70s and a Yorkshire grandmother.

She and her namesake granddaughter, nicknamed Leena, both grieving after the death of Leena’s sister, swap lives for two months after Leena is put on leave at work in “The Switch,” Beth O’Leary’s follow-up to “The Flatshare,” one of the most charming novels of 2019. In that book, O’Leary brought the epistolary novel into a time of sticky notes and London apartments so expensive that it takes two working incomes to afford one bedroom.

Eileen is a triumph – a vibrant romantic lead rather than a dotty knitter played for laughs. “Young people tend to find old people wanting to fall in love rather funny. Not unkindly, just without thinking,” she muses.

There are plenty of laughs in “The Switch”; O’Leary excels at good-hearted wit. While considering the men of Hamleigh-in-Harksdale (population 168) Eileen notes that one potential suitor possesses his “own teeth” and “enough oomph in him to chase squirrels off bird feeders.” This is offset by a propensity toward tweed and the possibility that he “might well be a fascist.”

Once in London, in addition to trying online dating, Eileen meddles relentlessly and with excellent results in the lives of Leena’s friends, all of whom come to adore her. Leena’s plotline is unfortunately less satisfying. She gets the standard Hallmark treatment: Big city workaholic discovers real life and possibly love in a small village while landing in hedges and being generally klutzy. (One character acknowledges as much in the book.)

But both Cotton women shine with sincerity, generosity, and the courage to look past their own grief to leave others in a better place than where they found them. “That’s what Eileens do,” grandmother tells granddaughter. “They look after each other.” And the mixing of the generations is a steady pleasure, offering many characters the chance to gain a fresh perspective on what it means to lead a satisfying, whole life.

If you’ve been having a rough time concentrating enough to read a novel and just need something with a thoroughly good heart to hold onto, “The Switch” offers both stalwart Eileens and enough happy endings to populate an Andrew Lang fairy book.

#FBI under fire from Republicans https://t.co/qLHOIbx1ZI “clean house”? How will Americans be represented by professionalism of OUR #NationalSecurity agency, when ? #GOP & #Trump “reshape” it for special interests group, #campaign manipulation, #conservative vendetta?#JustSayNo

France: No link between origin of COVID-19, Wuhan lab

Charles Barkley is Not Happy About Anti-White, Anti-Semitic Comments From Black Celebrities

HARD TIMES AHEAD!! IT’S ALL LEADING UP TO NOVEMBER (PLEASE SHARE!)

Face mask use needed to ‘prevent COVID-19 second wave’. According to the study, 100 per cent mask adoption combined with on/off lockdowns prevented any further disease resurgence for the 18 months required for a possible vaccine

Rep. Beto O’Rourke: I don’t think we should be selling AR-15s in this country

Global Economy To Freeze Up, Here’s Why – Mike Maloney