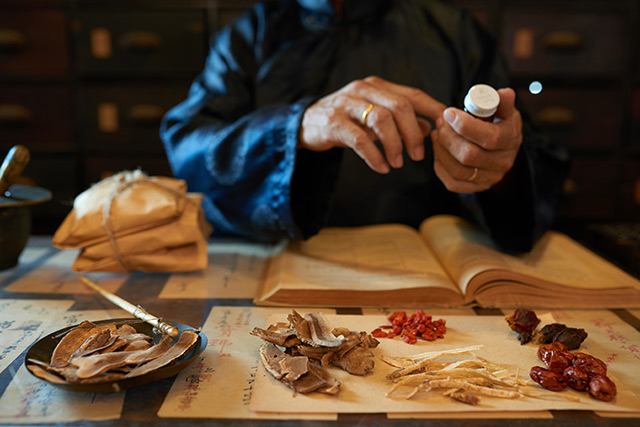 (Natural News) Traditional Chinese Medicine (TCM) has been around for centuries. This ancient system of medicine involves not only the use of medicinal herbs and formulations, but also of different mind and body practices, such as acupuncture and tai chi. While medicinal herbs are taken orally to address various issues from within, mind and body practices deal with conditions from the outside and are said to be most effective for relieving pain.

Over the years, numerous studies have explored the efficacy of different TCM approaches, and most have reported promising results. For instance, studies have found that acupuncture can help reduce some symptoms of cancer, as well as the negative side effects of chemotherapy. Research also suggests that many herbal remedies used in TCM are effective treatments for common ailments, such as fever, constipation and microbial infections.

In a recent study, researchers at Beijing University of Chinese Medicine examined the role of TCM in the maintenance of good health and the prevention of diseases. They put particular focus on how TCM promotes personalized medicine; TCM prescriptions are always tailored for each individual and no two patients receive the same treatments despite having the same conditions. The researchers’ full report on this was published in The American Journal of Chinese Medicine.

TCM constitution theory supports the use of personalized medicine

TCM continues to be widely used in many countries around the world. It regards each person as unique, hence all therapeutic and preventive approaches involving TCM are personalized. Personalized medicine, also known as precision medicine, is an emerging medical paradigm that points to a new direction for future medical development.

The TCM constitution theory focuses on studying an individual’s holistic body condition, which is influenced by inborn and environmental factors. The theory considers body constitution as the foundation of disease diagnosis, prevention and treatment.

According to this theory, people are predisposed to develop certain diseases based on their constitution type; hence examining a person’s body constitution can lead to effective disease management and enhance the effects of personalized medicine significantly.

In the last decade, modern techniques have been developed to evaluate the health status of individuals. The TCM constitution theory reflects the current status and future trends of human health in four aspects: individual differences, life processes, psychological condition and adaptability to natural and social environments. This theory is currently being applied in China’s public health management and has so far produced promising outcomes.

The researchers believe that the TCM constitution theory provides a new approach for health maintenance and disease prevention.

The safety of TCM

Today, TCM is often used as a complementary treatment to serious conditions, such as conventional cancer therapies. Studies have shown that the effectiveness of modern medicine can be amplified when it is used together with TCM approaches. For instance, herbal formulations that not only relieve pain, but also have anti-cancer effects, are very popular among cancer patients. Randomized controlled trials have shown that these formulations often produce synergistic effects with modern drugs that help reduce some symptoms or the severity of the disease itself.

On the other hand, some studies have also reported that the ingredients used in TCM formulations are sometimes mislabeled. Extracts from toxic plants or endangered animals have been found in some TCM herbal remedies instead of their advertised ingredients. Besides these potentially harmful compounds, the National Center for Complementary and Integrative Health (NCCIH) have also identified drugs like blood thinners and anti-inflammatory painkillers, heavy metals, pesticides and sulfites as contaminants in some Chinese herbal products.

When it comes to mind and body practices, healing arts like qi gong and tai chi appear to be safe. However, complications like infections and injuries to the central nervous system have been associated with the use of non-sterile needles and improper administration of acupuncture therapy. These reports highlight the need for caution on the part of patients when seeking TCM-based treatments. Patients who opt for these complementary approaches are advised to consult with a trusted natural health practitioner first and to seek treatment only from licensed or certified TCM practitioners.

As coronavirus cases rise, UAE adjusts to a new normal in pandemic

Should I Save For A House or Pay Off Debt?

What You Need To Know About Alzheimer’s And Dementia

Russia cracks down on marmot hunt in plague scare

NASA astronauts splash down after journey home aboard SpaceX capsule

When Will The Passive Bubble Burst? (w/ Mike Green and Ash Bennington)

Don’t make these mistakes with your chicken coop run