American journalist Michelle Kosinski responded to an allegation that she had an affair with Kim Darroch, the former British ambassador to the U.S., who was reportedly being probed over the fears of passing on classified White House information to her.

On Friday, Kosinski dismissed the allegation calling her linking with Darroch as “nonsense” and “incorrect information.” The Sun U.S. reported on Thursday that Darroch, who is married, had a “passionate affair” with Kosinski that lasted several months. At the time, she worked with CNN as a White House correspondent.

The report said that the Department of Justice launched an investigation into Darroch’s alleged links with Kosinski over the fears that he passed on White House intel to her. The Justice Department noticed the alleged link after Kosinski — who left NBC’s London bureau to join CNN in 2014 — reported “new and exclusive” details into the Trump administration’s move to expel Russian diplomats following an assassination attempt of former Russian double Sergei Skripal and his daughter Yulia. For her report, Kosinski cited “a senior foreign diplomat.” 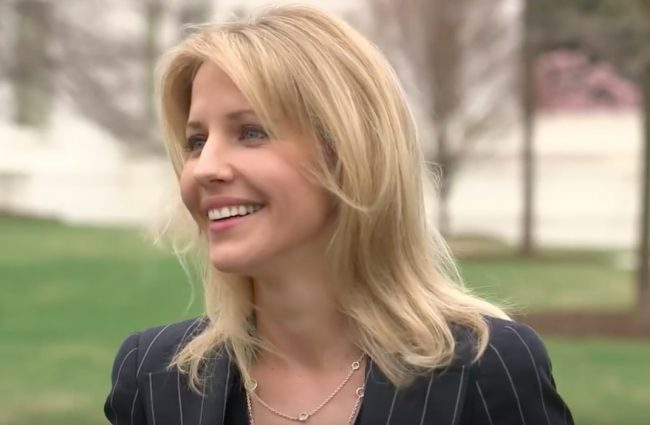 Within two weeks, the 46-year-old reported about being tipped off about the American government’s plans to bring tough sanctions against Russia, which —according to sources, — were discussed only with the French, German and British allies.

“Kosinski knew about these sanctions before they were announced,” a source told The Sun.

Before this, Kosinski reported in February 2018 that CIA Director Mike Pompeo was considered to take over as the next secretary of state — a post he joined in April. She also received information about Pompeo’s North Korea trip, where the Trump administration sought the safe return of three Americans.

Kosinski, who is married to an investment banker and philanthropist Kimbell Duncan, denied having affair with Darroch and told the Sun he did not pass on any classified information. The former British ambassador, however, did not comment on the allegation.

The U.K.’s Foreign Office spokesman said: “All staff are expected to maintain the highest standards of behaviour. Any allegations of impropriety are thoroughly investigated.”

People Share Sad Stories of Losing Their Loved Ones to QAnon

More than 750 million GMO mosquitoes to be released over Florida Keys – what could go wrong?

Abraham Lincoln and the Hand of God

‘This is the end of Hong Kong’: China pushes controversial security laws in territory

America Burning, We Now Know What to Expect if Trump Wins in November ~ VIDEO

Man arrested after death of baby in south Auckland's Ōtara

Tech sales and marketing salaries in California revealed: How much Oracle, VMware, Salesforce, Cisco, and Google pay reps, analysts and executives who are 'Olympians in the field' (GOOG, ORCL, CSCO, CRM, VMW)

Millions in dire situation as savings run out…

I'm a financial planner, and I've figured out the best retirement advice I can give to people in their 40s