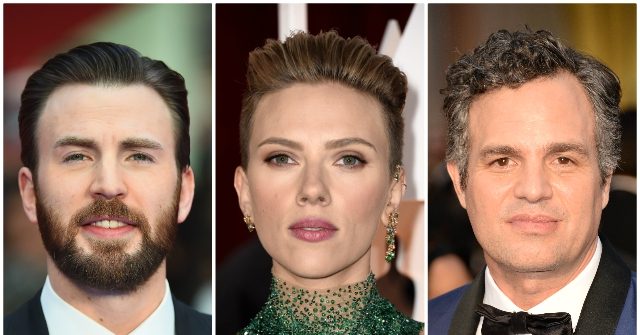 Cast members of the 2012 Marvel blockbuster movie The Avengers and its sequels are combining their superpowers to propel Joe Biden to the White House.

Avengers: Infinity War directors Joe and Anthony Russo will lead the virtual fundraiser on Tuesday that will reunite actors including Chris Evans, Scarlett Johansson, and Mark Ruffalo. Vice presidential candidate Kamala Harris (D) is also set to participate in “Voters Assemble,” which will feature a Q&A and a trivia game centered around the superhero movie and its sequels.

“Anything you donate will be used to elect Joe Biden, Kamala Harris and Democrats up and down the ballot,” the official invitation says. The fundraiser will also feature appearances by Avengers cast members Zoe Saldana, Don Cheadle, and Paul Rudd.

The event is scheduled to take place Tuesday at 6:45 p.m. ET.

Many Avengers cast members have publicly blasted the Trump administration. Chris Evans recently called the president “reckless to a shocking degree,” after Trump encouraged Americans not to live in fear of the coronavirus. Mark Ruffalo accused Vice President Mike Pence of “white male supremacy” following his strong showing at the vice presidential debate against Kamala Harris.

Don Cheadle has called President Trump the “most frightening human being on the planet.”

“Voters Assemble” represents the latest Hollywood cast reunion to boost Joe Biden’s chances on November 3. Cast members of The Princess Bride, The West Wing, Veep, and This Is Spinal Tap have recently held virtual fundraisers to help Biden and the Democratic party.

Brennan challenges Republicans to have him testify

‘Biden gets Ireland’: why Joe in the Oval Office would thrill Joe in Mayo